“As a country and UPDF in particular, a reputable government institution, we are disappointed that such a de chi soon could be made by a country we consider friendly, a partner and a great ally, without due process and in total disregard of the principle of ‘fair hearing’ coupled with failure to make necessary consultations,” said Defence spokesperson Brig Flavia Byekwaso on Tuesday evening. 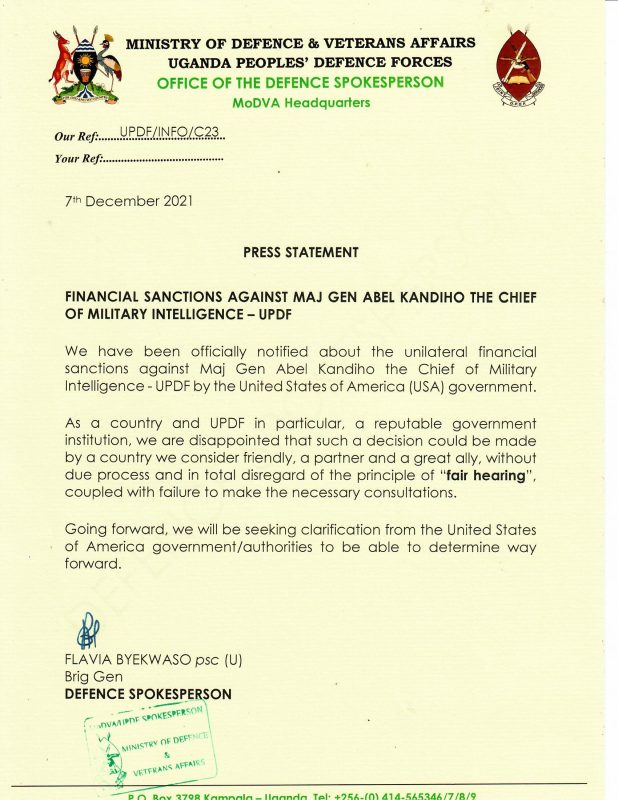 She said UPDF will be seeking “clarification from the United States government/authorities to be able to determine way forward.”

Kandiho has lately been leading counter terrorism operations in Uganda and the region.

In December 2020, U.S. Representative Eliot L. Engel, Chairman of the House Committee on Foreign Affairs, called on authorities to take immediate action to address a human rights situation in Uganda prior to general elections.

Kandiho was among Uganda’s senior security officials targeted for the sanctions.

Appearing on the US sanctions list limits the targeted individual’s access to the US dollar-based financial system and thus has an unstated extra-territorial effect.