It is without a doubt that Uganda’s music lovers have a soft spot for Afro-beats, but an Afro Beats song is generally regarded as bubble gum as it is the rave for a few months and is then forgotten.

In comes the likes of Naava Grey whose Afro -soul genre is timeless.

The “Soka Lami” songbird who first announced herself to the industry in 2008 during the Tusker Project Fame competitions has proven that time cannot water down her music, as her bodies of work still reign supreme years after release.

Appearing on NBS’s ‘After Five’ Naava responded to various questions, many of which were about her music.

Asked about why Afro-soul music still struggles for major airplay on radio and TV, Naava said it takes time for music enthusiasts to get hooked to the beat.

She cited the example of the legendary Maurice Kirya who stuck to his guns until Ugandans started gravitating towards his kind of music. 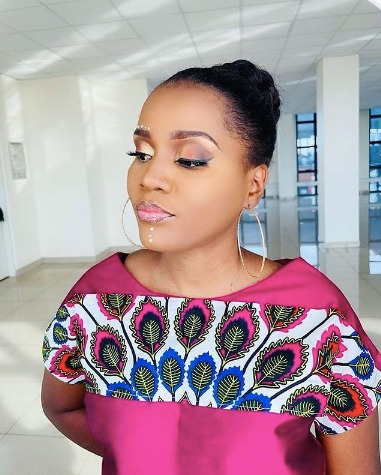 “Maurice Kirya stuck to his genre of music till the people understood it. Afro soul needs someone who is dedicated and persistent,” she noted.

She also cautioned upcoming artistes about passion, noting that without a passionate zeal for music, they are doomed to fail.

Naava’s music is a mainstay on intimate private events and niche platforms like the Tusker Malt Music Lounge.

She has also attracted the attention of international record labels such as Sony music as well as superstars such as M.I Abaga, Speed, among others over time.