On the cover of The Media Room Hub Magazine’s latest edition tagged “Lord Of The Streets” is the winner of Big Brother Naija Shine Ya Eye season Whitemoney.

“Since his emergence as the winner of the Big Brother Nigerians have looked up to know his values, principles, beliefs and life’s journey,” writes the editor, Azuka Ogujiuba.

The entertainer bares it all in this encounter with the Media Room Hub crew. He talks about his time in the Big Brother Naija House, his life journey and offers some advice and commendations to Big Brother. 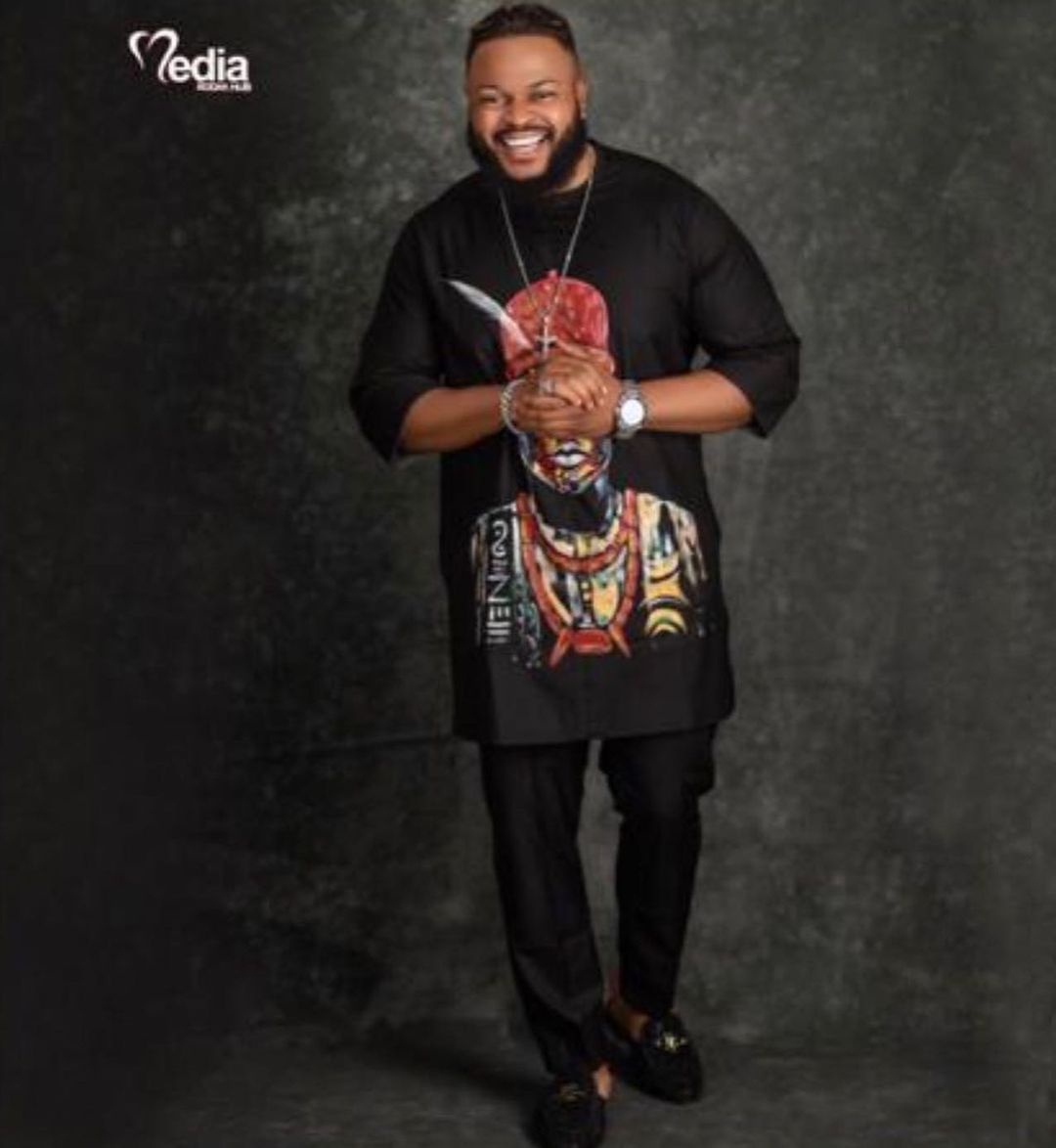 Read excerpts from the interview below:

A: Ojuelegba is the centre of a story for me, it is the piece, Ojuelegba is me basically because that is the first place I landed, a night bus dropped me there, I can never forget that day, I came to shoot a music video that I was featured in, I wrote an album for a friend who said I should come around and feature in a song with her.

When I was coming, I told myself will I come to Lagos and go back to Kaduna like that, I said let me just come once and for all, as at that time, I already had my salon and everything going on well for me in Kaduna.

I didn’t stay at Ojuelegba immediately, after the video shoot, she and her family housed me for about a few months until they didn’t need me anymore, so that is how the Ojuelegba thing began. I searched for a job, apparently, I did not go to school, the only thing I know how to do then was mast construction, I know how to build mast and cut hair. 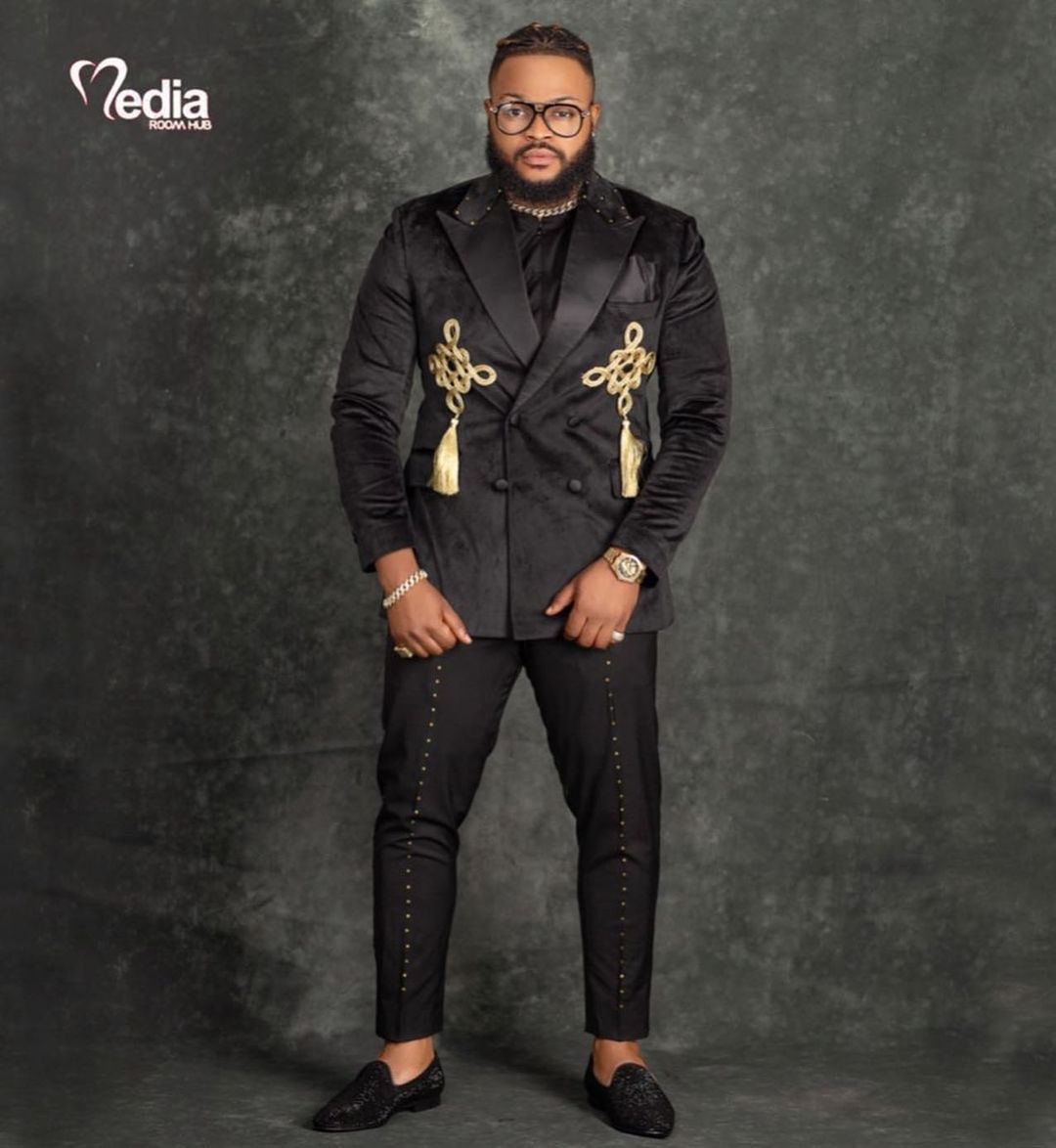 Q: How come you didn’t go to school and you speak so well?

A: Exposure like mingling and I watched a lot of American films, it helps me a lot, I am not saying Nigerian films are not nice but in order to perfect my spoken english to some extent that I could speak to people, I watch more of black American movies.

Q: What is your level of education?

A: I managed to finish SS3 that is, O Level, I think it is grade twelve or eleven.

Q: Why didn’t you further your education?

A: As at that time, there was no fund, l managed and struggled to even pay for Neco which was four thousand naira. It was my uncle who paid the money because things were very hard, my mum was not feeling too well. I did very well, I had like eight credit and a pass. If that can pass for a job, hopefully I might get a job with that. From then, I started hustling, learning how to cut hair, so that brought me to Lagos.

Q: I remembered I saw a picture of you cutting Fred Amata’s hair on social media that went viral?

A: Oh yes, Fred Amata is one of my oldest clients, he is one of the people that believed in me even when nobody did, no matter where he goes to, he will leave his hair uncut and come back for me to cut it, that is how deep it was between me and him when we organise street show every year back then in Yaba, Tejuosho market, Fred Amata always attend when I invite him, in the rain, in the sun, as long as he is in Lagos, Nigeria. 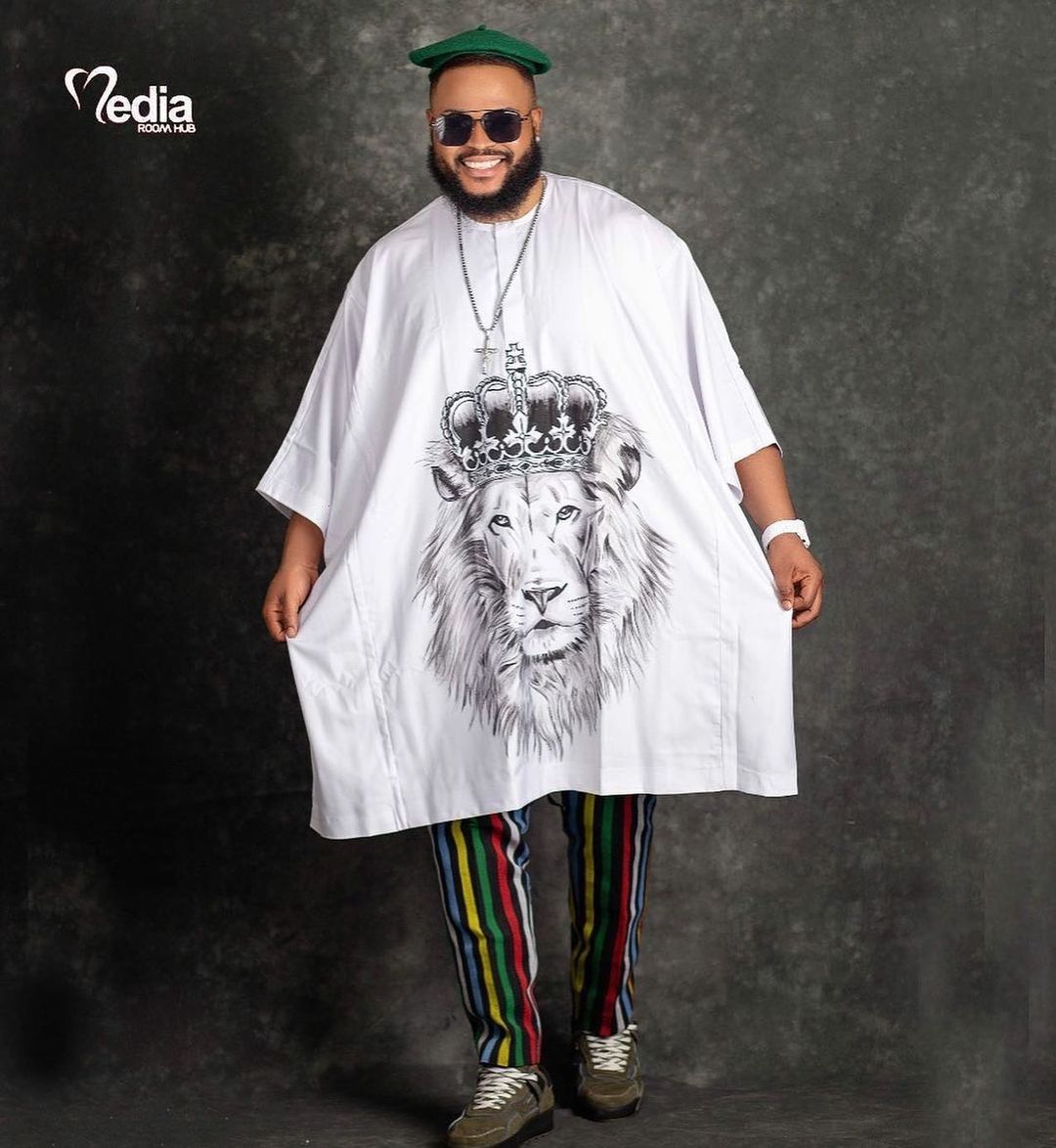 Q: Do you have a barbing salon or you are working for someone?

A: In Lagos, I have never had a salon of my own, the first salon I worked for they pay me every week, in the second salon, I was the general manager of a company, the company had a salon, spa, music studio and makeup studio.

Q: How did you connect to music because I know you also have a song titled Rosemary. Did any girl called Rosemary broke your heart?

A: Not really, music has always been part of me, I have always been in the choir if I take you back a bit, I was a choir member at Redeem in Kaduna state and Faith Ambitions Church at Asaba Delta state, I have always been a church boy. It was in faith foundation I got a scholarship to go to school, I had a scholarship from the bank to go to school due to the fact that I was a drummer, the bank manager comes to church on Sunday and hear the drum playing but can see the person playing it because I was very young.

That scholarship was meant for all levels of my education but we had a bit of family issues, we had to relocate from Asaba to Kaduna state. I have always been into music, it happens that I and my elder brother became a duo, we called ourselves 2G.

Growing up, we discover different passions, he discover a passion for computer engineer, but, I stuck to music and that’s how I started writing for people and the lady who came to Kaduna for NYSC, the lady liked it and I wrote a full album for her. Music has always been in me, I recorded a lot of songs back then, I had burnt down like five thousand copies. 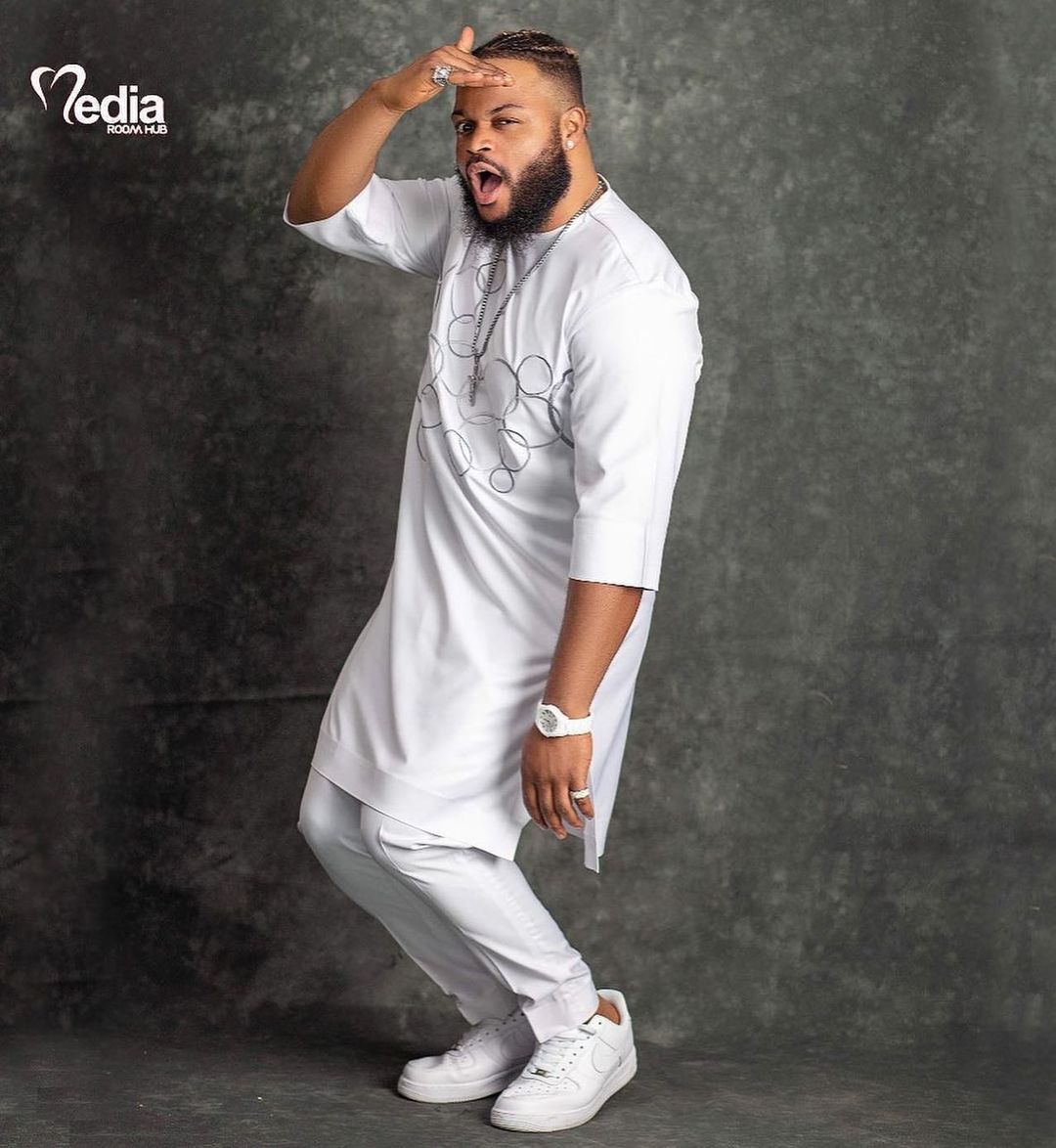 Q: Do you have plans to go back to school?

Q: What is your opinion about education?

A: It is the best thing that can ever happen to a child, if I have my children and I discover that from basic one to high school my child could not cope with education, I will put the child in a skill set. Most times one end up going to school with his portfolio looking for a job. The main thing is to know the basics which are to read, write and understand, I know how to read, write, understand and sign a contract without the help of an attorney.

Q: I notice in the Big Brother Naija house you took out time to advice Queen about her life and the way she comports herself which shows that you are like an eye over her in the house and you want her to succeed. What do you have to say about that?

A: Queen is a lively and jovial person who likes dancing a lot which is the way she functions, I like all those things as well but if you are my girl, there are things I can’t let you do in the public like tweaking, I am an old school person.

I looked at my personality and her personality, if I had to put her into my life, I will have to cut out her own personality and merge it with mine of which might affect her, it will not help her to function properly, I think her fans continuously vote for her in other for her not to get evicted from the house because of the things she does, it makes them happy.

If I bring her away from her world because I know she likes me, that is an emotional blackmail, then she becomes boring, her fans will stop voting for her but people will keep voting for me because I am already living my life and which is my own strength and that is the reason I just let it be. 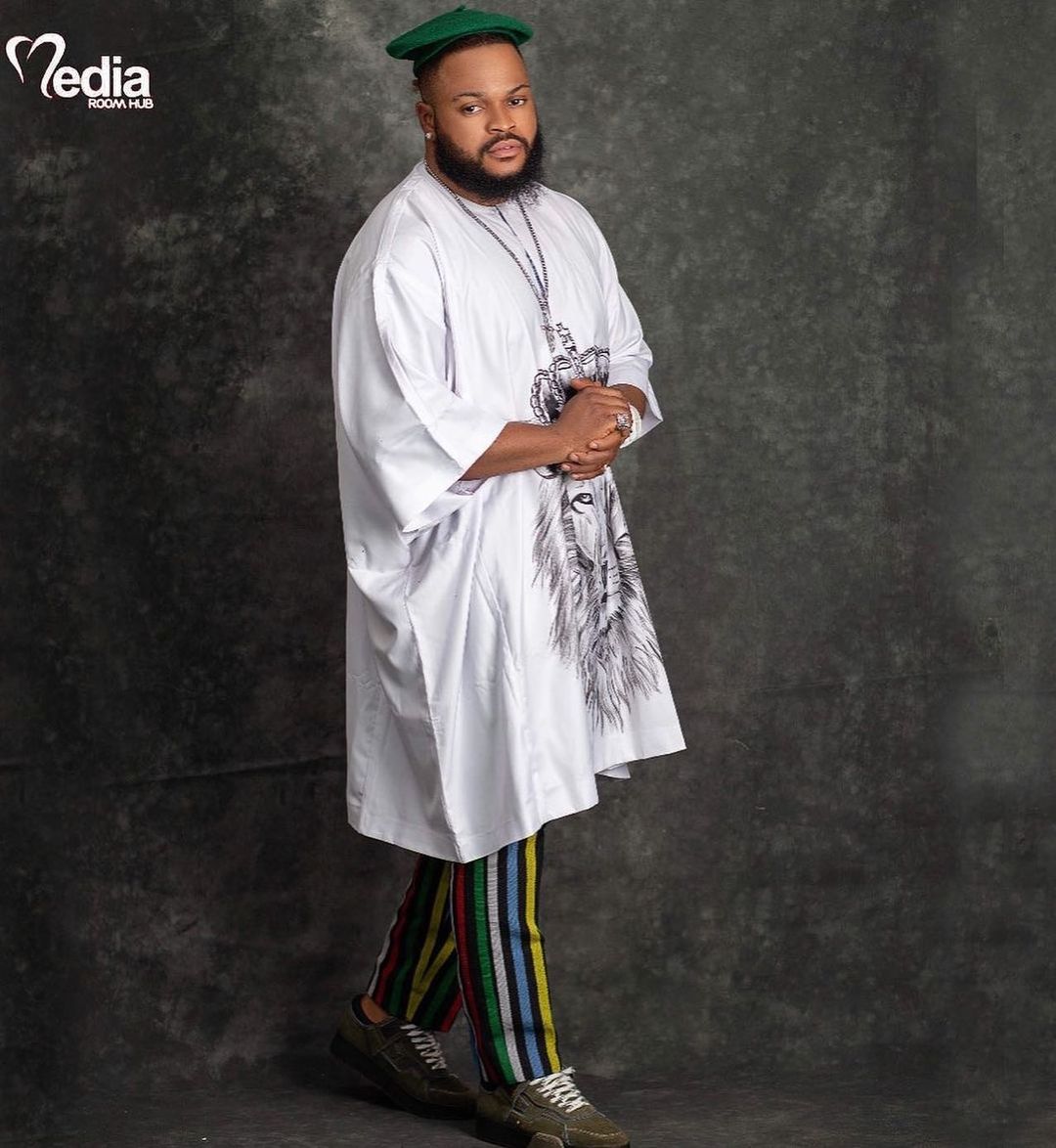 Q: I never one day see you in the house get angry. Are you able to control your anger or is it who you are?

A: I don’t get angry easily because nothing moves me, I have suffered too much for anything to move me, the suffering has programmed me in a way that the worst thing you could do to me, is to put a gun in my head, people will say good and bad things about you, the only word that matter in my life is that of God and my parent.

For instance, when they say white money is an ashewo, it might be true or false but it is just a word. If I get angry, I have to connect to my inner G to bring the anger back to level zero. Throwing punches doesn’t make you a man, answering all the questions every time doesn’t make you smart, choosing to answer those questions is what makes you wise, so I choose to be wise.

Q: In the Big Brother Naija house, if you are to pick a wife material. Who would you pick?

A: It has to be Queen because she literally was a helping hand, she does things without me forcing her, she washes the plate, loves to cook and she knows how to save money. 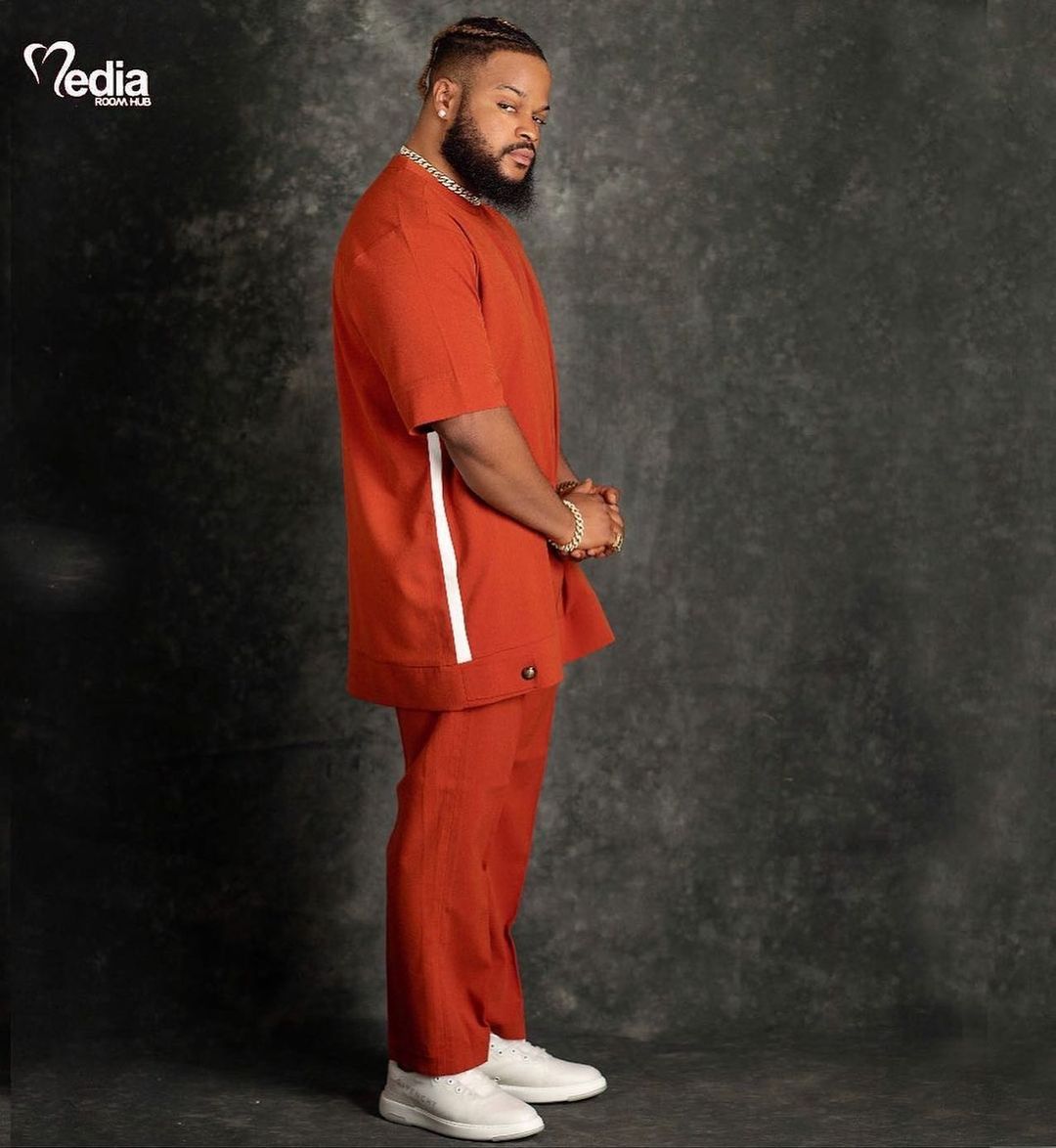 Q: Did you choose the name Whitemoney because of what you are going through or to show you make clean money?

A: Basically, I did not choose the name for myself, it was given to me by the Holy spirit, before then I have many names but it was not matching my personality and I did not like that, I remembered I prayed that Lord I want the name that stands out, then I slept off in my tiny room, the next day, I woke up with the name on my lips, I went out and told my colleagues and surprisingly the name stuck to become an household name.

Q: Did you feel bad for the way Pere treated you in the house?

A: I felt bad because he doesn’t understand the way I wanted to treat him, he does not know that I liked him and now we are good friends and communicate better. If I were him, I would have thought the same way too because I would think he was on a mission for doing everything in the house.

Q: Your fashion style is traditional, you are like a proud Igbo man. What can you say about that?

A: I am from a royal family, we have leadership, kinship and lineage, apart from that, it is the presence I carry, I did not give myself the name Mazi and Odogwu, it is the way I move, I don’t succumb to pressure, if you are working for me and you are weak, I will tell you to go back home because I want to multi task and function properly, it is my personality and that is how God created me.

I am a proud Igbo man, I went into the Big Brother Naija house as a Nigerian but I identify that this is where I am from in the house. I am from Igbo, the Hausa’s made me and the Yoruba’s gave me the fame. 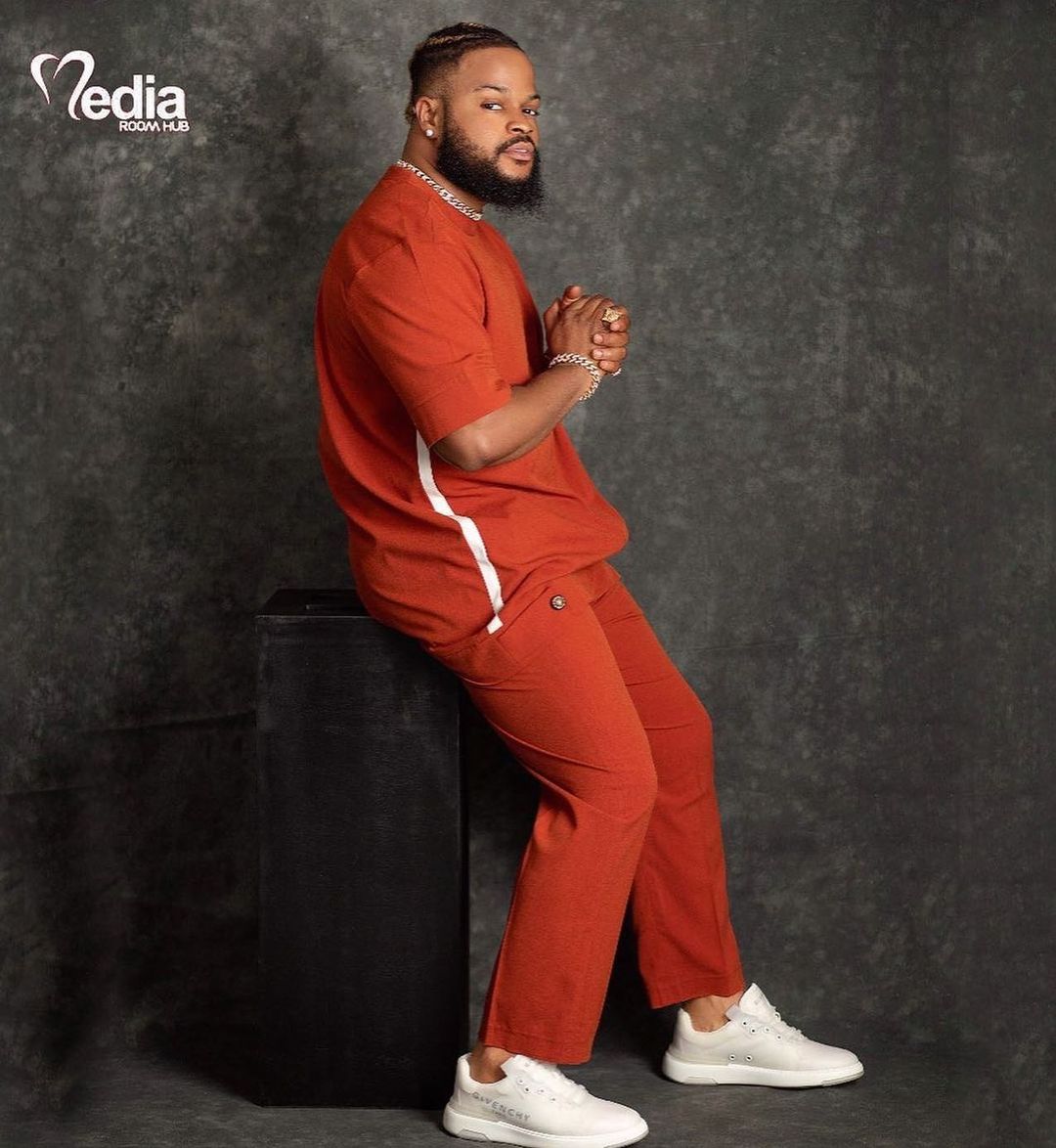 Q: When they announced you as the winner, how did you feel and what was going through your mind before the announcement?

A: My heart was running, I knew I was standing with a very strong woman and how could I survive this, I was not expecting to be called the winner. The kind of love I have seen from my fans, the Money Geng fan base which are millions of people, it is too much that I never expected it and shout out to the Money Geng and White Lions, you guys are too much, I have fans all over the world.

Read the complete article at www.mediaroomhub.com.

Here’s What Went Down at the TEDxLagos Adventure 2021