We have liftoff…: Two big missions to launch this week, one to return, other to move towards Jupiter


The scientific community is up for two major launches before the week ends as Blue Origin and Nasa attempt missions beyond Earth. While one will return within minutes, the other will commence a billion-kilometre-long journey towards Jupiter. Both the missions are being held as major events owing to their scientific and engineering prowess.

While Blue Origin will launch four passengers into space in its second crewed mission on the New Shepard spacecraft, Nasa will launch the ambitious Lucy mission to the Trojan asteroid swarms close to Jupiter. The launch of Lucy will be followed by the much-awaited James Webb Telescope, slated in December this year.

Blue Origin will launch four passengers, including famed actor Willian Shatner, to space on its New Shepard spacecraft on Wednesday. The launch was initially scheduled for Tuesday, however strong winds in the region led to the postponement of the liftoff for October 13.

The liftoff is targeted at 7.00 pm IST from launch site one. The mission comes months after the company flew its boss Jeff Bezos on the debut crewed flight with three others proofing its system’s capabilities of launching and landing humans to and from space. The company has been working with Nasa on perfecting the reusable system, as it gives competition to Elon Musk’s SpaceX. Led by Bezos, Blue Origin aims to get a chunk of business in the emerging space tourism sector ferrying millionaires and billionaires (for now) to and from space.

The Wednesday launch will see 90-year-old William Shatner, known for his portrayal of Captain Kirk, strapped to the New Shepard spacecraft, along with Glen de Vries co-founder of Medidata Solutions, Dr Chris Boshuizen founder of PlanetLabs and Audrey Powers. The autonomous spacecraft will take the four crewmembers beyond the Karaman Line (100 kilometres above Earth) for a few minutes before they return to Earth. The astronauts will experience weightlessness before they return.

LUCY TO LAUNCH ON SATURDAY

Nasa will launch Lucy, a spacecraft designed to probe the Trojan asteroid swarms around Jupiter, on October 16 from Cape Canaveral Space Force Station in Florida. The Lucy mission has been designed to find answers to some of the biggest questions in astronomy like where did we come from? and how did our universe begin?

The spacecraft will look for answers in a debris field near Jupiter, that consists of some of the biggest objects that are remnants of the primordial material that formed the outer planets. Dubbed trojan asteroids, scientists believe the remnants of the early solar system are trapped by the gravitational field of Jupiter and the Sun in a pitch-perfect balancing act. 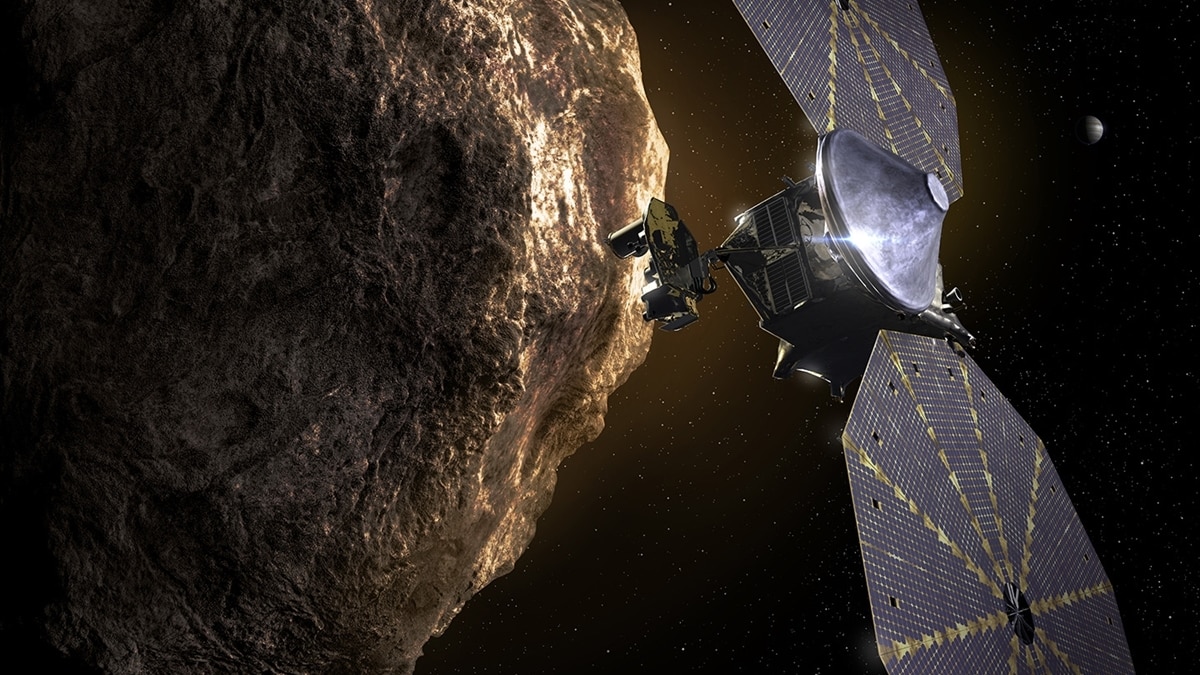 During its 12-year operational phase following launch, the spacecraft will study several asteroids in the debris field flying by one main-belt asteroid and seven Trojan asteroids. Lucy will incorporate three Earth-gravity assists (using Earth’s gravity to slingshot) to reach the Trojan swarms and accomplish these targeted encounters.

Nasa said, “No other space mission in history has been launched to as many different destinations in independent orbits around our sun. Lucy will show us, for the first time, the diversity of the primordial bodies that built the planets.” The mission takes its name from the fossilized human ancestor (called “Lucy” by her discoverers) whose skeleton provided unique insight into humanity’s evolution.