A day after a clash claimed eight lives in UP’s Lakhimpur Kheri, the Congress party has shared a video on social media showing a Jeep running over protesting farmers.

The Congress party took to Twitter on Monday to post what seems like a video of the incident that triggered violence in Uttar Pradesh’s Lakhimpur Kheri. “The silence from the Modi govt makes them complicit?” read the tweet posted by Congress party’s official handle.

In the video, a group of protesting farmers can be seen walking along a road as a Jeep runs them over. The video clearly shows one farmer, seen wearing a white shirt and a green turban, landing on the Jeep’s bonnet as others jump to the side to save themselves.

Without stopping to check on the injured, the Jeep continues on its path, followed by a black SUV. 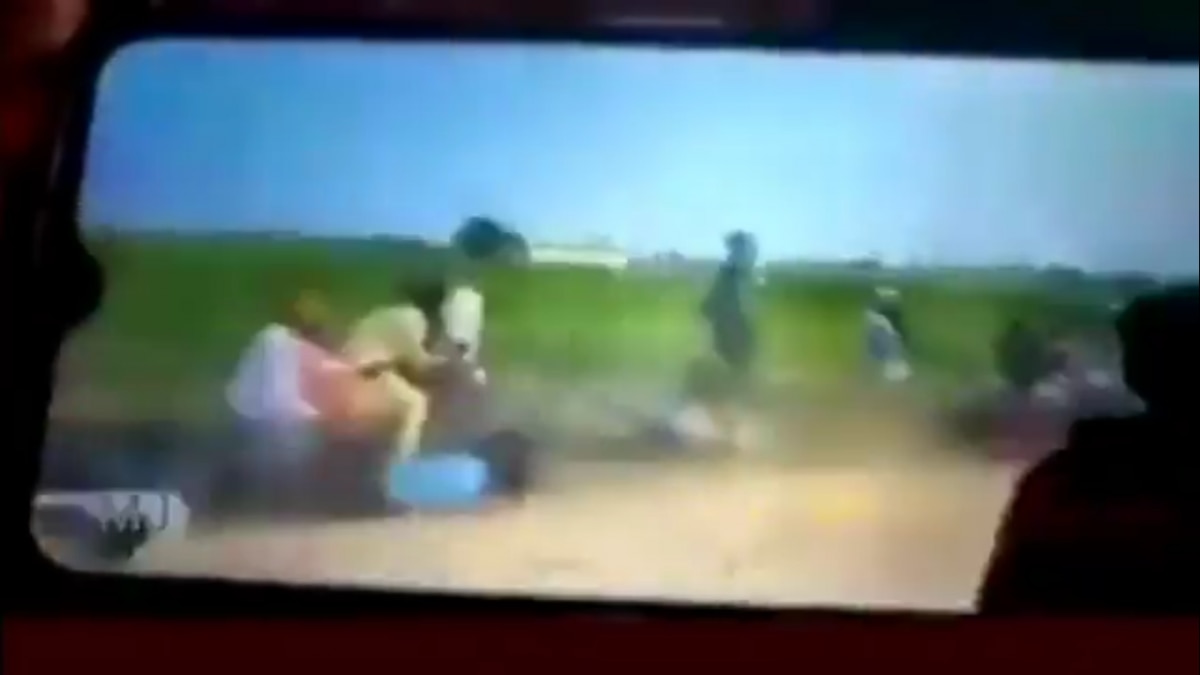 At least half a dozen individuals can be seen lying on the side of the road as the two vehicles make their way through the commission.

India Today could not independently authenticate the veracity of this video shared on social media by the Congress party.

READ: How violence erupted in UP’s Lakhimpur Kheri: A timeline of events

The silence from the Modi govt makes them complicit. pic.twitter.com/IpbKUDm8hJ

Eight people, including four farmers, died after violence broke out in Tikunia village between a group of protesters and individuals part of the convoy of Ashish Misra. Ashish is the son of Ajay Misra, Union Minister of State (MoS) for Home Affairs.

An FIR has been registered against Ashish Misra in connection with the incident. However, Ashish Misra has claimed that he was not present in any of the vehicles part of the convoy at the time of the incident.

The Uttar Pradesh government declared on Monday that a retired High Court judge will probe the incident.

In addition, the state government also announced Rs 45 lakh each as compensation for the families of the four farmers killed in the incident.

Meanwhile, internet has been suspended and Section 144 (CrPC) imposed in UP’s Lakhimpur Kheri to prevent any further untoward incident. A number of Opposition leaders, including former Uttar Pradesh chief minister Akhilesh Yadav and Congress general secretary Priyanka Gandhi Vadra, have also been placed in detention for trying to meet the families of the deceased in Lakhimpur Kheri.

You’ll soon be able to share Outlook emails on Microsoft Teams, should you want to

Ciara Already Has a Plan For When Daughter Sienna, 4, Starts to Date

Ciara Already Has a Plan For When Daughter Sienna, 4, Starts to Date