The supervisors were passed out on Friday, 08 October 2021 at a function presided over by State minister for Finance in charge of General Duties Henry Musasizi and graced by URA Commissioner General John Musinguzi Rujoki.

Mr Musasizi tasked the URA supervisors to lead their teams on the quest to deliver Uganda’s economic independence.

“We now have new target of collecting 20% of Tax to GDP ratio by 2024/25. I therefore urge you as the tactical leaders in URA to ensure that all initiatives to achieve the new targets are effectively and efficiently implemented,” he said. 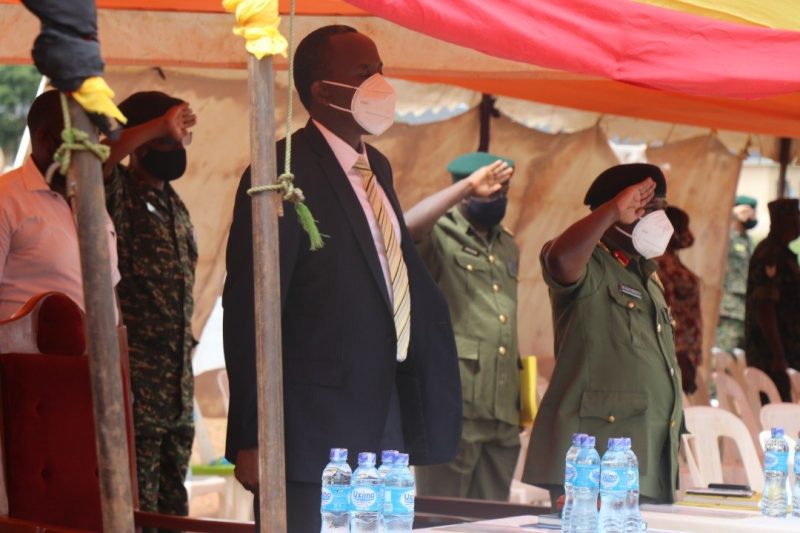 Mr Musinguzi also said asked the passed out team to work with integrity, dedication and commitment in tax collection.

“I am excited and bless the Lord that today we mark the passing out of our critical team of tactical leaders that have successfully completed the transformational leadership programme,” he said.

During the course of the training, the URA staff were taken through the core values of public service namely; integrity, accountability and transparency.

They were addressed by different speakers, including Edith Nakalema of the State House Anti-Corruption Unit.

The URA supervisors on Thursday donated a 10k litre tank to aid water harvesting at the institute.