President Museveni has confirmed that the man who died in a bomb blast on a Swift Safaris bus in Mpigi on Monday evening was an Allied Democratic Forces (ADF) terrorist.

“This is to inform you that the person who died in the Ishaka – bound bus yesterday, was a terrorist (mutujju) by the names of Muzafala, but also calling himself Isaac Matovu,” said Museveni.

“He was part of the Pader group that had been sent by ADF to blow up the mourners during the funeral of late Maj. Gen Lokech’s funeral.” 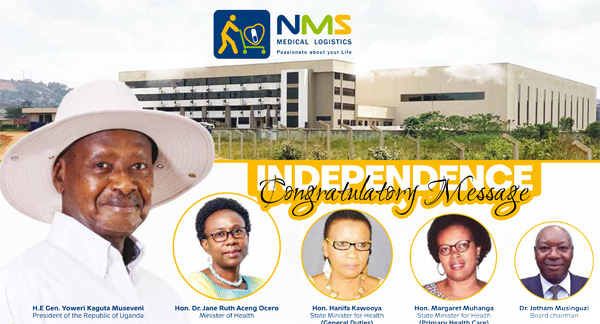 “One of them, by the name of Katumba Abdu, was arrested in a Pader Hotel with his bomb- making equipment – he has been brought to court.”

Muzafala, 23, a resident of Kireka, Kampala, died on spot while 37 other passengers were unharmed.

The attack came two days after the bomb blast in Komamboga, Kampala in which one person died and several others sustained injuries.

Museveni today revealed that Muzafala’s collaborator identified as Nsubuga Hamid fled from Pader to Kampala, where he was killed by the CMI operatives while resisting arrest.

“The killing of Nsubuga Hamid, the arrest of Katumba and others, plus the killing of Lubwama Hussein and 3 others that were involved in the attack of Gen Katumba and the arrest of Walusimbi Kamada and 5 others that were also involved in the attack of Katumba, has enabled Police and CMI, to arrest a large number of suspected operatives of ADF,” he added.

ADF is an islamic movement responsible for killing thousands of innocent civilians in Eastern DRC.

Museveni said arresting or killing these suspected criminals “led to the hunt for Muzafala and others who are still on the run in Uganda and outside.  What is not yet clear, is whether Muzafala blew himself up accidentally while carrying the bomb on his lap or he did so deliberately.”

Museveni said Muzafala “was being followed by CMI squads.  We shall get all of them.  The breakthrough followed the attack on Katumba.  That is when full accountability for the ADF criminals irreversibly started and their impunity ended in the phase of urban terrorism.”

He said the defeat of their rural terrorism was in 2007 in the Semliki National Park.

“The present shallow effort is easy to defeat.  Just some vigilance by the people e.g. checking people who enter the hotels, churches, mosques of buses, etc., will immunize these gathering points against these bombs. The Police will put out guide-lines.”

Museveni said security services are “following all the other shallow schemes that will be similarly defeated. The injuring of some Ugandans in the bus is much regretted.”