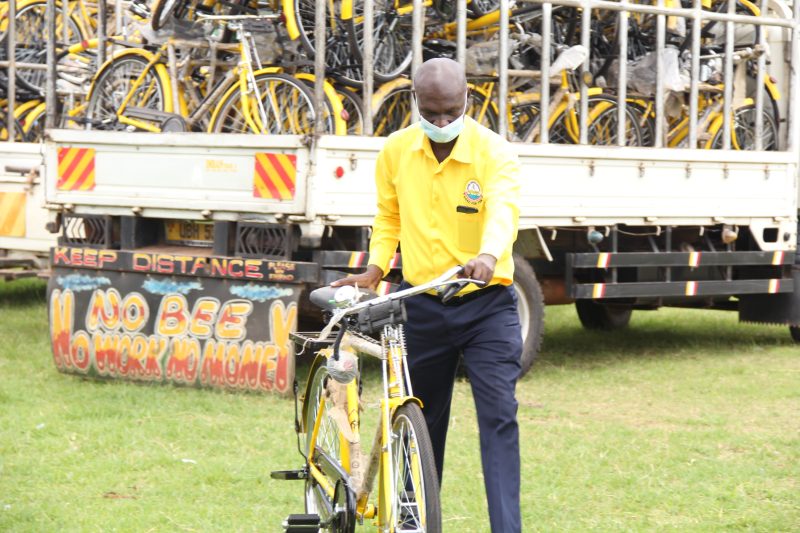 Minister Bahati who is also  the Kabale NRM chairman while flagging off  the distribution  of the bicycles at  Kabale Municipal Stadium, implored NRM leaders to effectively use the bicycles in monitoring government works in the district, and to rally the masses to embrace Covid 19 vaccination campaign.

“The President has now promised us that he will open up the economy in January. It’s up to ensure that we are all vaccinated and ready,” he said.

At the event, Nelson Nshangabasheija the Kabale LC5 chairman thanked President Museveni for the bicycles, which he said would energize the mobilization for the party leaders at the lower level.

Watch Ruger break down the lyrics of “Bounce” on Accelerate TV