Shah Rukh Khan’s fans have been putting up a resistance DP on Twitter to show their support for his son, Aryan Khan. The star kid is currently in NCB custody for his alleged connection to Mumbai cruise drugs case.

Shah Rukh Khan’s son Aryan Khan is currently in Narcotics Control Bureau (NCB) custody. The star kid was arrested by the NCB on October 3 after the drug bust on Cordelia Cruises’ Empress ship. SRK’s fans have been doing everything to show their support for their favourite superstar and his son. They have even come up with a resistance DP which has gone viral on Twitter.

SRK FANS HAVE A NEW RESISTANCE DP TO SUPPORT ARYAN

On Tuesday, October 5, Shah Rukh Khan’s fans gathered outside his bungalow, Mannat, in Mumbai, and echoed the message, “Take care King”. Now, they are showcasing support for Aryan by changing their Twitter DPs to a poster that reads ‘We are with you Aryan Khan’.

Check out the viral resistance DP:

Take a look at some of the profiles of SRK fans who have put up the resistance DP on Twitter: 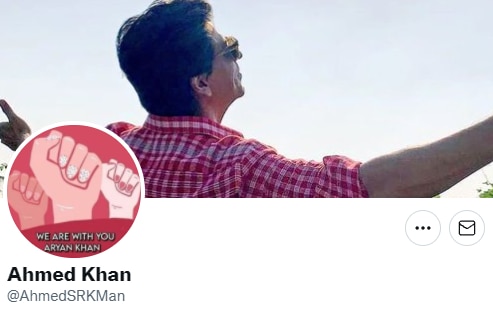 SRK fans have made social media their platform to voice their support for Aryan Khan. After the 23-year-old’s arrest, they even trended #WeStandWithSRK on Twitter.

Shah Rukh Khan’s fans gathered outside his home, Mannat, to show solidarity with him and Aryan Khan. They also held a banner which read, “We all fans from every corner of the world love you deeply and unconditionally! We stand with you in these testing times! Take care King (sic)!” The NCB raided a rave party on Empress Cruise ship off the coast of Mumbai on Saturday, October 2. They arrested Aryan Khan, his friend Arbaaz Merchant and Munmun Dhamecha for their alleged involvement in a drugs case. Aryan’s NCB custody has been extended till October 7,

On heels of IBM partnership, Celonis announces one with ServiceNow – TechCrunch

On heels of IBM partnership, Celonis announces one with ServiceNow – TechCrunch