COMMENT | Samson Tinka | For close to three years, Uganda has gone through several cycles of terrorism attacks, both rural and urban.

The rural ones were protracted and took a long time to deal with by government security while the rural terrorism was largely handled and the whole country seemed to be in peace.

While the urban terrorism had died out, it has since resurfaced.

These bombs are common because one needs normal ordinary materials to make it. I

The EIDs have an ecosystem. It is from when the idea of making them is conceived, materials outsourced, actual making of bombs, spying identifying the target area, transporting of the bomb and finally placing and activating it.

As Ugandans we have a duty to break this ecosystem. What is required of us is the following,

Look out for your neigbour

The biggest ingredient to creating and sustaining safe and secure environment by all players whether security teams or civilian individuals, is being observant of the surrounding at all times. Whether at home, on the road, in a park, restaurant, in party, farmland, church etc, be observant. Deploy three senses; smelling, seeing and hearing. It’s not encouraged to  touch especially luggage’s that you don’t know. You don’t need to have a certificate, diploma, degree or any qualification to exercise a principal of observation. But it’s the most critical tool to deal with frustrating terrorists.

Reporting to any authority solves the question of timely response. Reporting to police or any security office/officer initiates a response mechanism that will attract presence of counter terrorism police, the K-9 teams, medical evacuation personalities and Red Cross fraternity. Response teams aid in the following;

In most cases, Police’s spokesman Fred Enaga and his other follow security PROs, share with us what civilian population ought to do and not to do. These security tips are critical for our survival.

But in many instances do not take these directives. The Komamboga blast is a typical example of how Ugandans ignore security and ministry of health guidelines.

First, bars were closed long ago and secondcurfew time is still 7pm. On top of this, public places must be secured with a local security guard. All these requirements were voided and the outcomes are regretful. Therefore, following security forces instructions is a matter of high importance or else danger is with us.

Watch out for any attended objects, bags

Every time you see un attended bag, box, kaveera just imagine the worst. Don’t hold, pick, and kick it. Treat it as dangerous as it can be. This way,  while avoiding danger, you get the time to inform the people around you, call police etc.

What are the most targeted areas?

Every congested or an area with a lot of people can be a target. The terrorist attack to kill, create fear, disorganize business and also fulfil personal goals. Some are religious fanatics but for others it’s a hobby. We must also be conscious while in public places like car parks, restaurants, parties, markets, airports, schools, hospitals etc. These are highly targeted. For example the airport is highly target place and that’s why world over, different layers of security are applied to make sure that IEDs are not introduced to airport facilities, including aircraft. The kind security sensitivity at airport should be the same in other areas especially in our minds, and day to day life.

Physical signs of a bag containing a bomb.

There are quite a number of physical signs that may point out to a bag containing a bomb.

Protruding wires, unusual smell from the bag, the bag being un even on sides, some liquid coming out are also signs of a bomb.

Uganda and any other country can be a target either of local terrorism or regional or international. Whichever the source of terrorists, me and you can be a stop gap in these bag guys’ motives. We simply need to know our environment all the time. Walking, standing, seating, dancing, playing, praying in more conscious environment can assist in identifying, reporting suspected items.

Security is managed on four Ds- , Deterring, detecting, delaying/responding and denying. All the four can be activated by a civilian.

You don’t need any form of security training to activate the above 4Ds.

Alertness, consciousness, timely reporting are the game changers. The security forces we look up to need information to act on. Well, there are spy agencies whose mandate is to gather information and intelligence but still they get this information from civilians. The difference is that they process it fast and action on the findings.

Please sir andmadam, your security and safety is largely your own responsibility. Help government for government to help you. 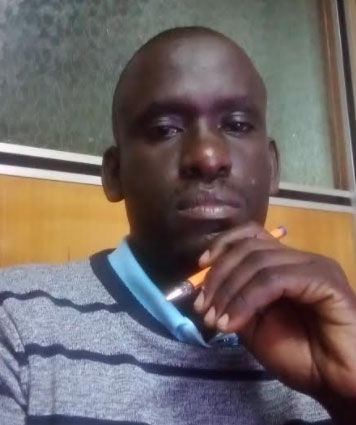 What’s New And Black On Netflix In November

The Independent is a newsmagazine published in Kampala, Uganda and online .

What's New And Black On Netflix In November

Not rape but bad touches – Sheebah on her sexual violation incident

May 19, 2022
ADVERTISEMENT
No Result
View All Result