Twitter bio changed, Captain Amarinder Singh keeps everyone in suspense over next move 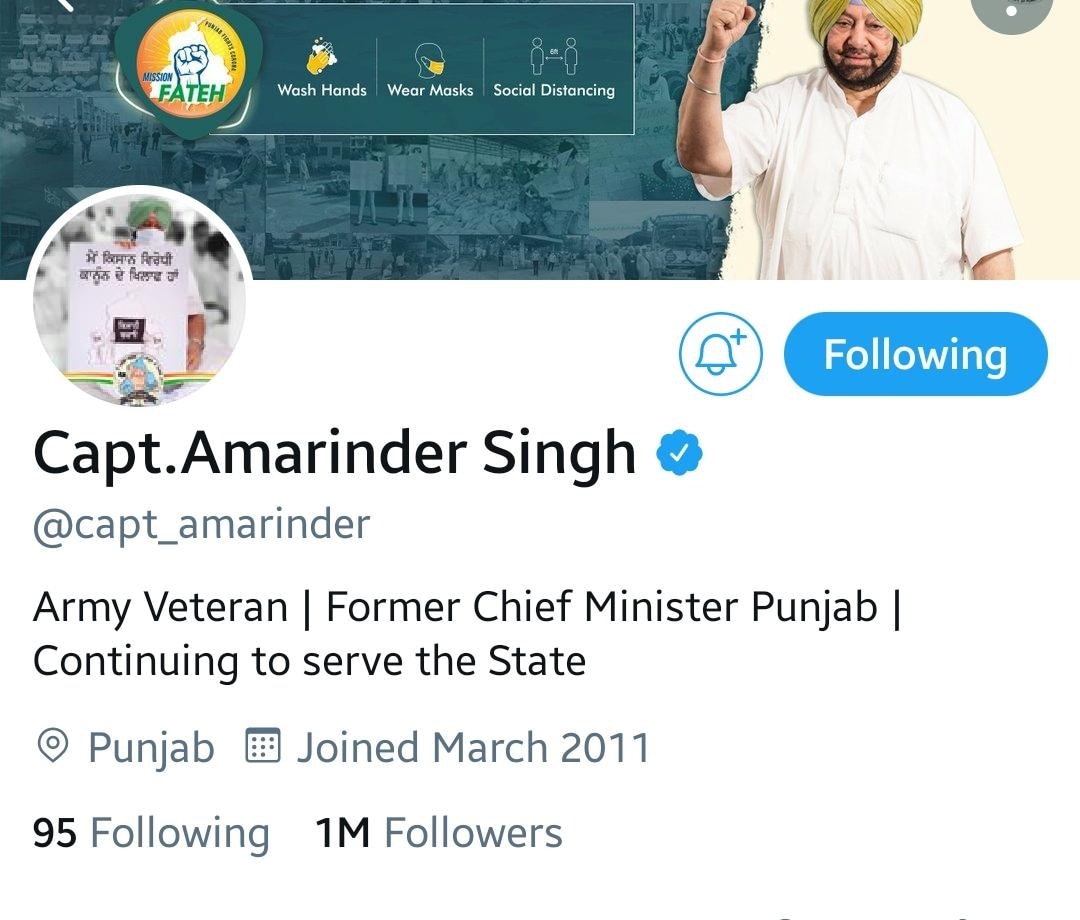 Meanwhile, as the Punjab Congress crisis continues to grow, Amarinder Singh has denied joining the Bharatiya Janata Party (BJP). He, however, said that he won’t stay in the Congress.

Amarinder Singh had also expressed displeasure over Navjot Sidhu’s resignation from the post of the Punjab Congress chief. He criticised Sidhu over the move, calling it “sheer drama’, and said his resignation had proved beyond doubt that the cricketer-turned-politician was an “unstable” man.

I told you sohe is not a stable man and not fit for the border state of punjab.

Amarinder Singh met Union Home Minister Amit Shah at his residence on Wednesday, triggering speculation of him joining the BJP ahead of the assembly elections.

Amarinder Singh had resigned as the Punjab chief minister earlier this month amid a bitter turmoil in Punjab Congress. He said that he felt “humiliated” by the actions of the Congress party’s national leadership.

Mercy Eke dazzles in dresses worth N1.8M for her star-studded birthday party