With people’s lives turning increasingly digital, books have been losing ground due to the compelling lure of social media and smartphones. But Tungchamma Lengdung, a self-proclaimed bibliophile in Jos, Nigeria is helping his community fall in love with books again, one exciting chapter at a time.

The settlement of Jenta Adamu lies on the slopes of the Jos plateau in central Nigeria, one of the oldest and most populous of the area’s rural communities, its people tightly knit and interdependent. The people here share literally everything, from food to kitchens, to bathrooms and an occasional dash of gossip. 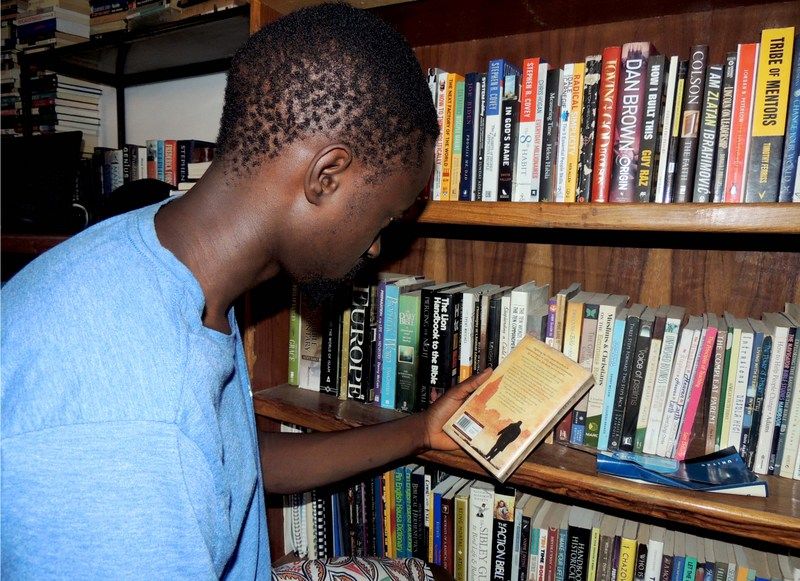 This is home to 25-year-old Tungchamma Lengdung, a graduate of Computer Science from the University of Jos and a self-proclaimed bibliophile.

Lengdung’s obsession with books nudges him to read two to three titles each week, debunking common misconceptions and stereotypes about the reading culture in Africa.

“Africans have been on the receiving end of everything bad…that’s not fair, they say we are not readers but how comes we have produced some of the world’s best writers, storytellers, novelists… the list is long. I read not less than 2-3 books every week, there is so much wisdom in reading,” he said.

Motivated by a passion for philosophy and a desire to make the world a better place, he often buries himself in multiple books in the quest for wisdom that his own experiences do not directly afford him. 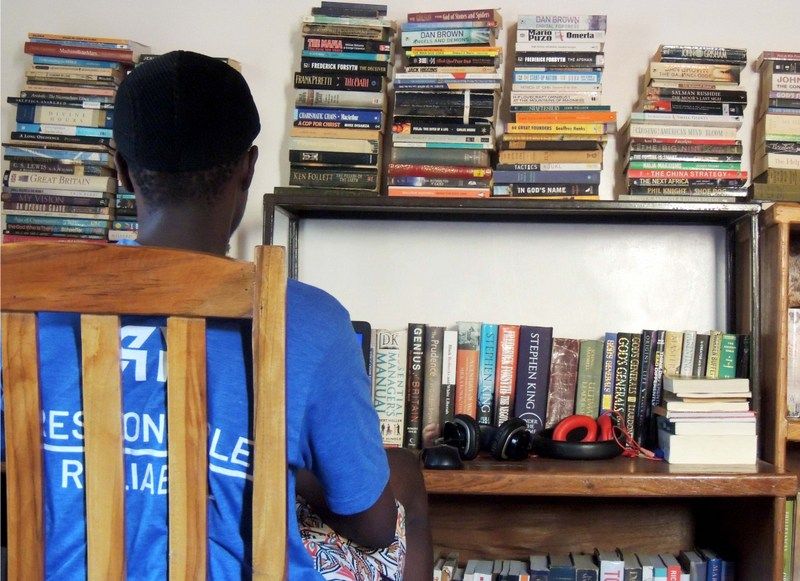 He hopes that the knowledge he has amassed over time will give him an edge in his pursuit of a job with the United Nations and allow him to rise to the top echelons of the organisation, where he can influence positive social-economic change in Africa.

“We talk about wars as if it is an African problem, most of human history has been fraught conflict. What I want to do is to work with the UN and rise to Secretary-General, because they have a large role to play today in bridging peace and solving world issues,” he says.

It is, however, Lengdung’s passion for books that has set him apart among his peers, and is now the go-to person for book recommendations on social media, where he commands a huge following in Jos and other parts of Nigeria.

He has also built a library, dubbed Jenta Reads with books from his collections and donations from friends in a bid to grow a reading culture in his community.

“From the people that reach out to me on social media, I realised that people actually like to read. Knowing how much wisdom you get from reading, my friends and I decided to donate a library to my community, maybe, it will help us with the number of crimes and problems in Jenta Adamu – give them a little more exposure,” he says optimistically.

The library came shortly before the COVID-19 lockdown in Jos and quickly turned out to be one of the greatest blessings to the community during the pandemic. 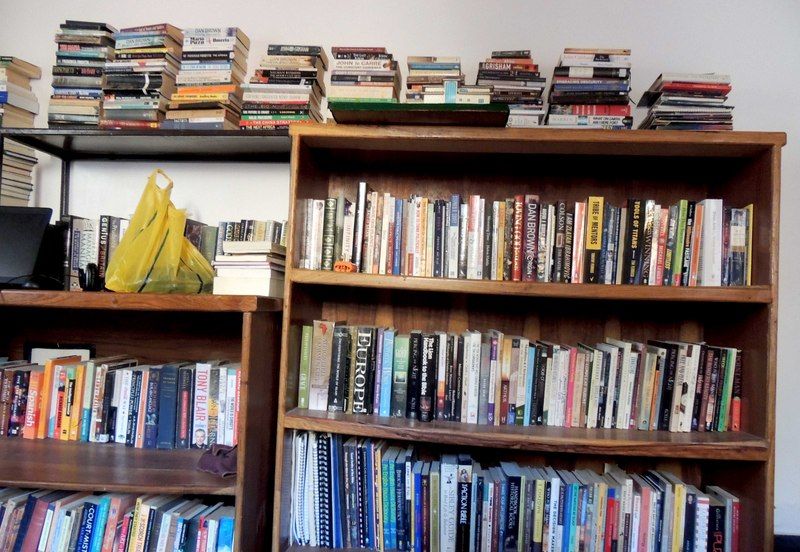 “People say Africans don’t read, during the pandemic, I realised it’s not really true, mostly it is because they do not have access to the books. During the lockdown, a lot of people borrowed books from our library, almost 15 – 18 people every day,” he recalled.

Lengdung’s passion for books helped him land a job with Books for Africa as Director Volunteering and Networking.

Books for Africa, a non-profit organization, is the leading shipper of donated text and library books to Africa, with more than 51 million books sent to 55 African countries since 1988.

Lengdung hopes his connections with the world of books will help him achieve his life goal at the United Nations.

But in the meantime, he is keeping it simple, reading and promoting the practice of reading in his community and rectifying the age-old myth that Africans lack a reading culture.

“If you ask me if I remember everything from every book my answer is somehow – it will seem like you do not remember but books give you wisdom, so you won’t know until you encounter a situation. The solution just pops from one book you have read, like the words live inside your subconscious, so keep reading.”