Tems’ Anticipated EP “If Orange Was A Place” is Totally Worth the Wait!


Alternative R&B singer Tems has finally premiered her much anticipated extended play titled “If Orange Was A Place“.

Tems recently threw fans in a frenzy with her collaboration on Wizkid‘s “Essence,” and her feature in Drake‘s latest album “Certified Lover Boy,” on the track “Fountains“.

Her now released 5-track EP features Brent Faiyaz on the second track “Found“, includes her latest release “Crazy Tings” and ends with an “Up Next: Tems” film edition.

Production credits are accorded to Guilty Beatz for all songs except track three which was produced by Jonah Christian. All songs were written by Tems with Brent Faiyaz on track two, mixed and mastered by Spax. 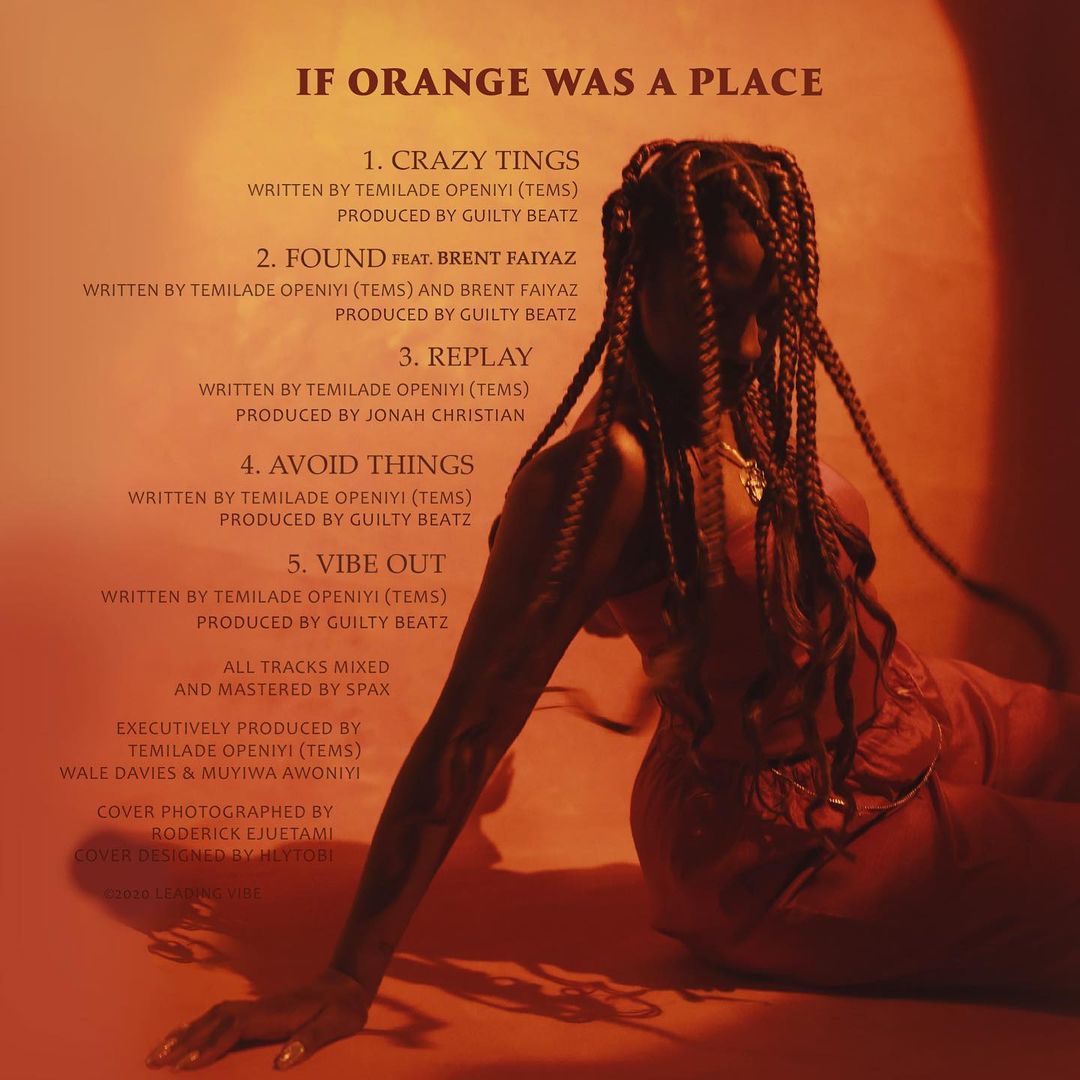 “If Orange Was A Place” was executive produced by Temilade Openiyi (Tems), Wale Davies and Muyiwa Awoniyi.

Listen to the EP below: