Navjot Singh Sidhu resigned as president of the Punjab Pradesh Congress Committee (PPCC) on Tuesday, a mere 72 days after he was appointed to the top post by the party high command. A minister in the Punjab government and at least three Congress functionaries followed suit by resigning from their posts “in solidarity” with Sidhu.

The cricketer-turned-politician’s move was followed by the resignation of a state minister and at least three party functionaries.

Asked about the developments during a press conference in Chandigarh, Punjab CM Charanjit Singh Channi told reporters that he had no knowledge about Sidhu’s resignation. The chief minister, however, said he “trusts and has full confidence in Sidhu Sahab”.

READ: Why did Navjot Sidhu resign as Punjab Congress president

Senior Congress leader and former Union minister Ashwani Kumar told India Today that Navjot Singh Sidhu’s decision took the Congress party by surprise. “A lot of political capital had been invested in nominating Mr Sidhu to the prestigious post of the PPCC president,” he added.

While it is too early to say whether Sidhu’s decision could harm the Congress ahead of the 2022 Punjab Assembly elections, the move has stirred up a hornet’s nest.

1. Punjab CM Charanjit Singh Channi has called a meeting of his cabinet of ministers at 10.30 am on Wednesday. Earlier in the day, Congress MLA Razia Sultana resigned as a minister in CM Channi’s cabinet “in solidarity” with Navjot Singh Sidhu. 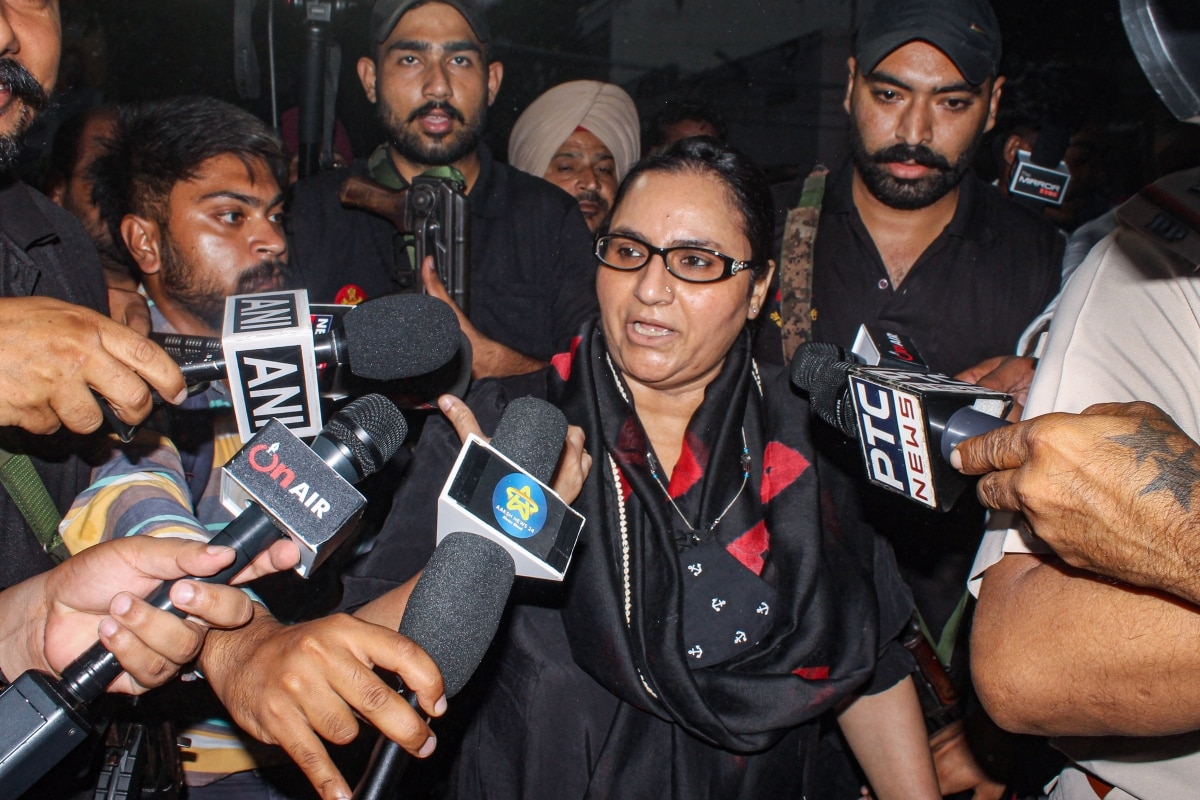 4. Reacting to the developments, former Punjab chief minister Captain Amarinder Singh said that he opposed the elevation of Navjot Singh Sidhu from the very beginning. Referring to Sidhu as an “unstable person”, Captain Singh said Sidhu was “preparing the ground” to join another political party. Captain Singh, who was in New Delhi on Tuesday, also denied speculation of him joining the BJP.

5. Sidhu’s predecessor as Punjab Congress chief, Sunil Jakhar, said the cricketer-turned-politician violated the trust of the Congress party’s central leadership. “No amount of grandstanding can justify this breach of trust placing his benefactors in a peculiar predicament,” Jakhar wrote on Twitter.

6. Sukhbir Singh Badal, president of the Shiromani Akali Dal (SAD) referred to Sidhu as a “misguided missile”. Akali Dal spokesperson Manjinder Singh Sirsa went even further to say, “He [Sidhu] is an unstable man. He is a human bomb, he will explode wherever he goes.”

7. The Aam Aadmi Party (AAP) termed Sidhu as “anti-Dalit” over his decision to resign as Punjab Congress chief. AAP MLA Raghav Chadha asked in a tweet, “How can the people of Punjab expect these selfish leaders to give a stable, progressive and inclusive administration?” 8. BJP national general secretary Tarun Chugh also reacted to Sidhu’s resignation. Chugh said, “While the ministers have not attended their offices for the last more than two months, governance in the state has gone to the dogs.”

9. Requesting Navjot Singh Sidhu to reconsider his resignation, Punjab Congress MLA Sukhpal Singh Khaira told reporters, “He [Sidhu] had taken a stand against corruption in Punjab. If his suggestions were not paid heed to, he could not be a speechless president. We urge him to withdraw his resignation and request high command to redress his grievances.” 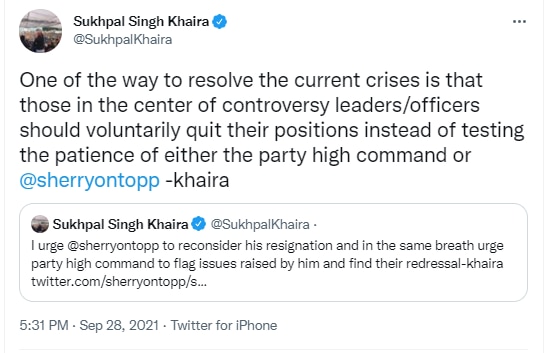 10. “Navjot Singh Sidhu’s resignation has not been accepted, the matter will be resolved soon. There are three-four issues, they are being discussed in the party forum, the high command will resolve them,” Congress MLA from Jalandhar North, Bawa Henry, told reporters on Tuesday evening. “There are some minor issues that arose out of some misunderstandings and will be resolved tomorrow,” Punjab minister Amrinder Singh Raja Warring said after his meeting with Sidhu.