Rape accused tied up, beaten, forced to drink urine by uncle and aunt in Kota

A 22-year-old man accused of rape was allegedly tied up, beaten, forced to drink urine and robbed by his distant relatives in Rajasthan’s Kota.

A 22-year-old man was allegedly tied up, beaten, forced to drink urine and robbed by his distant relatives in Rajasthan’s Kota.

A 22-year-old man was allegedly tied up, beaten, forced to drink urine and robbed by his distant relatives in Rajasthan’s Kota. A video of the same went viral on social media and the police have now registered a case in the incident.

This incident allegedly took place on September 14. Two days later, the man’s distant relatives — his aunt and uncle — filed a complaint against him with the police. They claimed that he broke into their house and raped the woman. He was then arrested and put in jail.

The young man’s elder brother has narrated a different story. He said that the young man was invited by the distant relatives to their house in Jagpura village in Kota district on the evening of September 14. They then allegedly tied his hands and feet and kept him hostage overnight.

They took away his mobile phone, identity cards and Rs 22,000 in cash, he said. They allegedly beat him up and forced him to drink urine. The aunt and uncle also allegedly recorded a video of the brutal thrashing and posted it online by mistake, the brother stated. 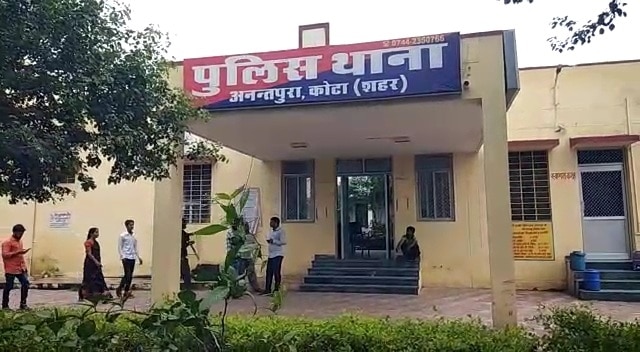 The victim is a manual worker in Ahmedabad who had returned home to Kota for a few days when the incident occurred. The accused uncle works in the home guard.

“Based on the video which has now emerged, a case has been registered against the couple and another person. An investigation is underway. Action will be taken after that,” said Deputy Superintendent of Police Praveen Jain.

(With inputs from Sanjay Verma)

ALSO READ: Couple thrashed, forced to dance with tyres around their necks for eloping in MP’s Dhar, 3 held

Morgan hat-trick as US thrash Paraguay 8-0

Morgan hat-trick as US thrash Paraguay 8-0