MPs Out to Assess Progress in Fight against FGM


Members of Parliament on the Gender Committee are in Karamoja region on a special mission to assess progress in the fight against Gender Based Violence especially Female Genital Mutilation (FGM), which remains prevalent in the region.

The Committee led by the Chairperson, Hon. Flavia Kabahenda Rwabuhoro and the Minister of State for Gender and Culture Affairs, Hon. Mutuuzo Peace Regis, are holding a series of meetings with district leaders, community leaders and members of the Civil Society to promote gender equality especially in terms of attaining the desired dignity for the girls and women in Uganda.

The team arrived in the region on Monday and went on to hold meetings in Amudat district where they were informed that FGM threatens to exacerbate as an effect of the COVID-19 pandemic. They were told that perpetrators of the vice are taking advantage of the lockdown restrictions to carryout mutilations in covert ways.

In Moroto, the leaders warned about the deteriorating security situation across the region, which has led to a scale down of activities on FGM and consequently exposing the girls to the vice. 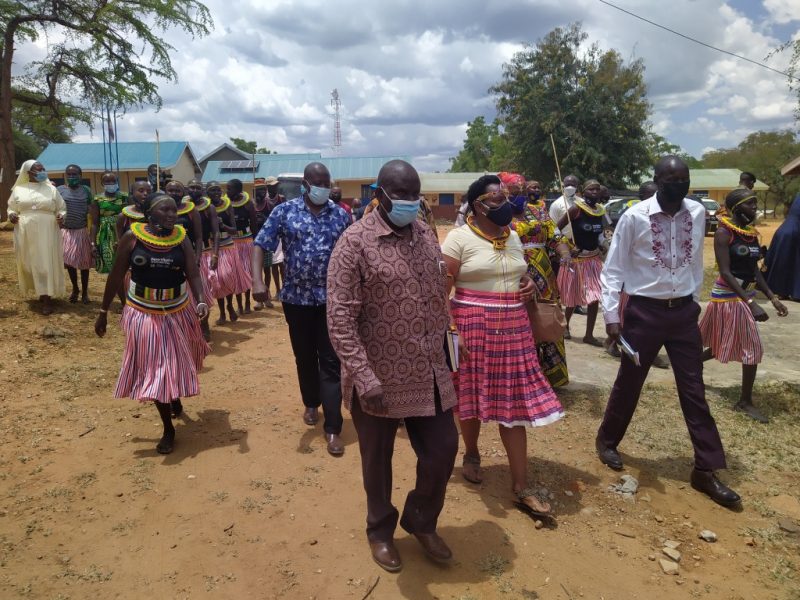 Leaders in Moroto also noted that FGM is still rampant in the two sub counties of Katikekile and Tapac both bordering Kenya and the borders being porous hasn’t helped matters.

The District Community Development Officer, Margaret Lolem noted that they had increased awareness on GBV Laws through translation of the FGM Act and its continued dissemination in the two practicing communities of Tapac and Katikekile.

She revealed that a total of 9,396 (5,867 females and 3,529 males) people had been reached with integrated Sexual Reproductive Health and Rights, Gender Based Violence and HIV outreaches supported by the district health facility staff.

“Since the inception of the project in April 2019, we have registered and managed a total of 7,073 cases of which 5,607 were reported by females and 1,466 by males,” Margaret revealed.

She however noted that the shelter in Moroto where survivors are temporarily housed is currently closed due to lack of funding. She revealed that they have been forced to improvise shelter at the police station and another structure dilapidated at the district offices.

“These facilities are in great need of improvement to be able to accommodate victims as we link them to service providers,” she said.

They commended Karamoja Culture Elders Association for speaking out against the practice of FGM, which has given confidence to other stakeholders in the fight.

The MPs will tomorrow be in Kapchorwa where they will conduct a similar assessment of FGM in Sebei region before closing with a meeting in Tororo district.

The mission has been supported by the United Nations Population Fund (UNFPA) and organized by the Ministry of Gender, Labour and Social Development.