Do you remember Ranu Mondal, the elderly woman who went viral for her song Ek Pyaar Ka Nagma Hai in 2019? Well, she is back again, and this time, with her rendition of the superhit track Manike Mage Hithe.

Two years ago, Ranu Mondal became an internet sensation overnight after a video of her singing Lata Mangeshkar’s iconic song Ek Pyaar Ka Nagma Hai at the Ranaghat Railway station in West Bengal went crazy viral on social media. She was soon invited to a reality show in Mumbai. As luck would have it, Himesh Reshammiya, who appeared as a judge on the show, approved of Ranu’s singing skills and requested her to sing for his film Happy Hardy and Heer. 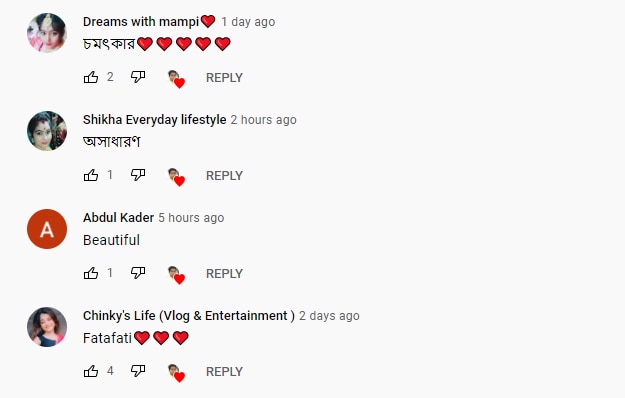 Manike Mage Hithe is a 2020 Sinhala song by Satheeshan Rathnayaka. The song went viral after Sri Lankan singer Yohani Diloka De Silva’s version of it was released in May. Yohani’s Manike Mage Hithe surpassed 91 million views on YouTube within 3 months of being made available online.

Now, let’s discuss Ranu Mondal. She was spotted singing the 1972 track Ek Pyar Ka Nagma Hai from Shor at the Ranaghat Railway Station in 2019 by Atindra Chakraborty, an engineer. Impressed with her voice, Atindra recorded a video and shared it on Facebook. The clip was viewed over 2.5 million times within a few days itself.

After her appearance on the reality show, Ranu Mondal recorded her first song, Teri Meri Kahaani, with Himesh. She also provided vocals to the songs Aadat and Aashiqui Mein Teri 2.0 with Himesh for Happy Hardy and Heer.

Ranu Mondal was born in Krishnanagar, Nadia but after her mother’s death, she spent most of her childhood at her aunt’s place in Ranaghat.

ALSO READ: Ranu Mondal pushes fan who requested her for selfie, tells her off. Internet is furious