When Lex Fridman, an AI researcher working on autonomous vehicles with the MIT, expressed that he hopes to travel to space one day before he dies, Elon Musk replied “missions like Inspiration-4 help advance spaceflight to enable ultimately anyone to go to orbit & beyond.”

SpaceX once again created history, but one that could be broken in the not too distant future. The private aerospace company took four ordinary humans on a three-day trip at an altitude of nearly 590 kilometres out of the planet, farthest since the Apollo missions to the Moon came to a grinding halt. The Inspiration-4 crew, after successfully navigating around the planet for 90 times, splashed down in the Atlantic Ocean in the wee hours on Sunday.

With the successful launch, execution and landing of the mission, SpaceX has officially entered the burgeoning space tourism market, the up and coming sector, largely dominated by millionaires and billionaires of the world.

Inspiration-4: The four pillars of humanity

Jared Isaacman, the billionaire owner of Shift4 Payments has been known for his adventures and acts of adrenaline rush, from flying fighter jets to performing high-speed aerobatics to climbing mountains, he has done it all, now he has also been to space, but he did not go alone.

Isaacman decided to buy all four seats on the SpaceX Dragon capsule and gave away the three seats to ordinary people, who have shown extraordinary qualities in life. The four seats represented the four pillars of humanity: leadership, hope, generosity and prosperity.

Isaacman, who commanded the mission, represented leadership, while medical officer Hayley Arceneaux represented Hope. Arceneaux, who works at St Jude’s Children Research Hospital is a cancer survivor and became the first person in space with a prosthesis, paving the way for “those who aren’t physically perfect.” She was a patient in St Jude’s hospital in her childhood, where she is now a physician assistant. Meanwhile, Dr Sian Proctor represented prosperity, a community college educator in Tempe, Arizona, and a former geology instructor, she is also a pilot and was a NASA astronaut finalist more than a decade ago.

Chris Sembroski represented generosity, a data engineer and former Air Force missile man from Washington, he entered an open lottery by donating to St. Jude. He didn’t win, but a friend from his college days did and gave him the slot.

As the nine merlin engines delivered the Dragon capsule beyond Earth’s orbit, the four-member crew not only made full use of the customised cupola on the top of the spacecraft to soak the full view of the planet, they also participated in a series of research activities to boost the knowledge of human space flight. Musk has long said that humans have to become an interplanetary species for their survival, and the company is working in this direction. The data gathered from the trip will be used to enhance the knowledge of the effects of spaceflight on human health.

Travelling weightless at over 17,000 miles per hour, the crew conducted experiments aimed at understanding long-duration flight impacts on the body. The crew collaborated with teams from SpaceX, the Translational Research Institute for Space Health (TRISH) at Baylor College of Medicine and investigators at Weill Cornell Medicine to collect environmental and biomedical data as well as biological samples to analyse changes before, during and after the trip.

Apart from science, the crew flying at 23 times the speed of sound, also participated in raising awareness about St Jude’s Children Research Hospital, which is at the centre of the mission. The four crew members aim to raise $200 million in fundraising for the hospital. Isaacman has already donated $100 million and the remaining $100 million will be raised through the auction of souvenirs that travelled to space with the crew and donations.

By the time this report was written, the crew had managed to raise over $50 million, the proceeds will go to St Jude’s.

Space tourism is a go

Elon Musk, who had once started SpaceX on a meagre budget and with fears of failure, has now emerged as the biggest player in the private aerospace industry with successfully demonstrating not just the reusability of rockets and transportation capsules but also of ensuring safe human space travel as he moves on to the next target of lifting off his ambitious starship to fare cargo and humans to Moon and beyond. 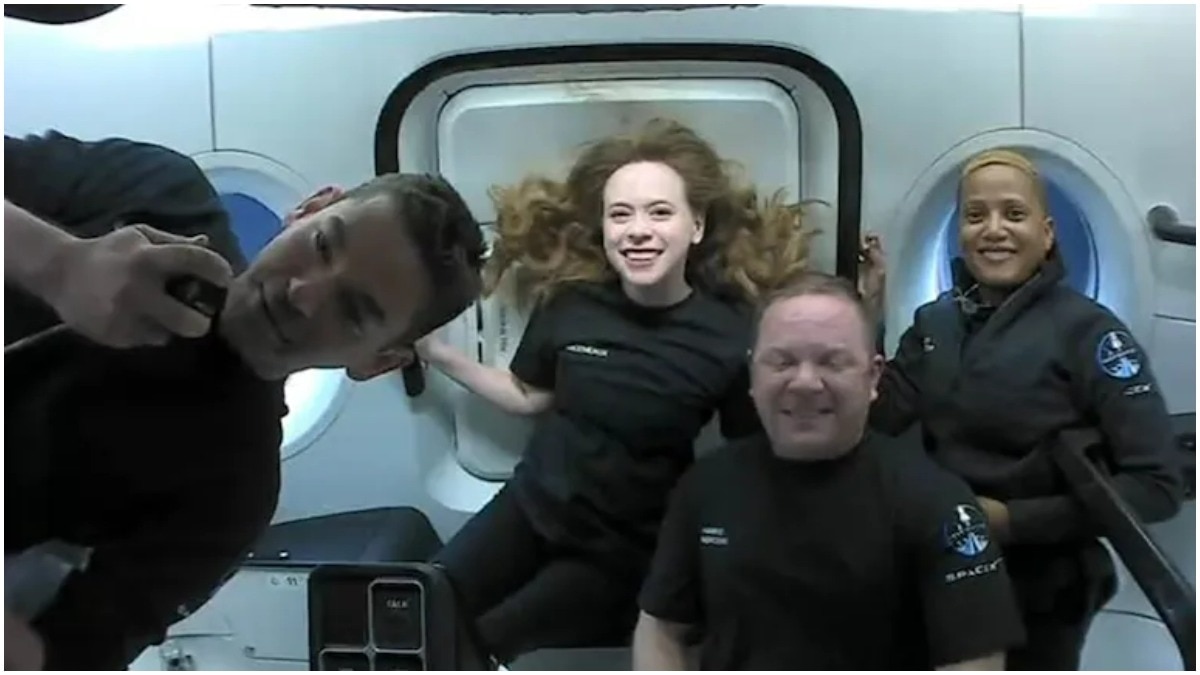 SpaceX is now leading the orbital race with close competition from Jeff Bezos’ Blue Origin and Richard Branson’s Virgin Galactic’s. Both the business tycoons recently flew to a contested boundary of space in their own spacecraft. Space Tourism could emerge as a major source of revenue for space fairing companies to boost their capabilities to move out of Earth’s orbit and enter into Moon’s and then on to Mars and beyond.

However, SpaceX’s Dragon is set to comfortably lead the race not just for its long duration flight capability but also for its unique quality of being fully automated. The capsule was controlled during flight remotely from the ground unlike Branson’s Virgin Galactic that needs a pilot to maneuver it inflight.

As Inspiration-4’s journey ends, the four newly minted astronauts are hopeful that this will not be the lone flight for ordinary people and more will follow, with many others experiencing the glimpse of the heavens including Lex Fridman.