‘I Had a Great Weekend’: Flavia Unfazed Amid Salacious Cheating Rumours

Flavia, 32, hasn’t commented yet on the claims that her husband and TV Presenter Andrew Kabuura cheated on her with another married woman.

But she sounded rather jolly, and playful even as she opened her midmorning program Am-to-Pm on Monday .

She described her weekend as “amazing,” having spent it with her friends in Jinja.

“Let me tell you, I went to visit a friend in Kira…and I got to taste rabbit meat for the first time… it was amazing.”

Mrs Flavia also appeared to acknowledge, but quickly brush off the spiraling rumors on social media.

“I know you are all burning up about some things but my weekend was amazing,” she said.

Flavia’s husband Kabuura over the weekend was caught up in a storm of allegations that he had an affair with a woman named Mercy Twinomujuni, an employee at the French Embassy.

The allegations were sparked by what appeared a leaked WhatsApp chat between the duo, which was shared in dozens of screenshots.

The chats entailed heavily sexualized inferences along with pictures and videos.

While many commentators called for caution as the screenshots couldn’t immediately verified, others rushed to take sides.

Singer Sheeba Karungi for instance accuse Kabuura of “straying,” in a lengthy post. 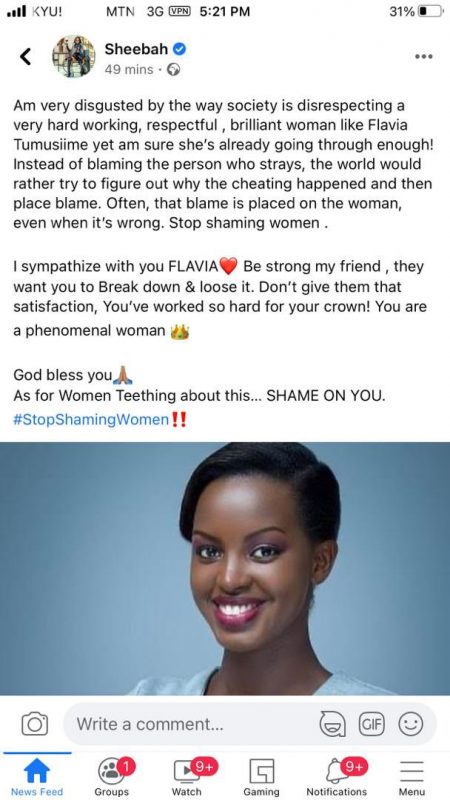 #BNxBBNaija: The Hardest Lesson Boma has Learned Coming Out of the Shine Ya Eye House