Exit of multinational firms a blessing in disguise – Finance PS

A leading technocrat at  the Ministry of Finance, Planning and Economic Development has described as inconsequential the recent bulging exits of multinational companies.

Mr Ramathan Ggoobi, the ministry’s Permanent Secretary and Secretary to the Treasury, has described the recent trend as a blessing in disguise that will strengthen the government’s import substitution strategy.

These grim statistics are believed to have compelled multinational companies to reconsider their stay in Uganda. Inequalities in income distribution only worsened matters. For example, in Kampala, 75 percent of total income (about Shs10 trillion) was shared by only 13 percent of the households. The disparity in Teso Sub-region is more glaring with about 90 percent of households splitting 71 percent of total annual household income (Shs2 trillion).

“[Such inequalities] indicate that the economy has been struggling with negative impact on aggregate demand, causing ripple effects on sales revenue and profitability,” Mr Ggoobi said in his analysis titled ‘Exiting Multinational Companies: Why, Impact, Remedy.’

Mr Ggoobi also said stiff competition from local retailers, including informal dukas, which are near consumers, continue to pay unfair competition to the big stores. Whereas they sell in smaller units, on credit, and at lower prices, the unfairness — Mr Ggoobi noted — lies in the fact that most dukas don’t pay taxes. 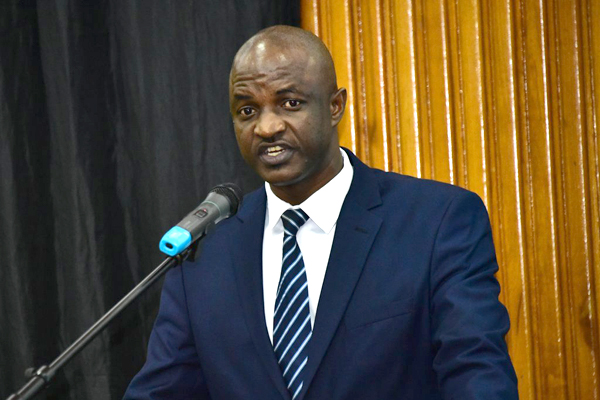 Another deal-breaker for multinational companies is the growth and intensity of traffic jams in the capital’s Central Business District (CBD). Paradoxically, the improved road network in the metropolitan suburbs of Greater Kampala may have disadvantaged retail stores in or close to the CBD. Shoppers also tend to shun the hustle of traffic congestion.

Also ambitious expansion of these multinational companies in an attempt to secure the first mover advantage into the EAC Market may have been much higher than that of disposal incomes of the middle-class.

To top things up, internal management challenges (weak corporate governance) and slow growth in household consumption expenditure among urban households (worsened by the impact of Covid-19) administered the coup de grâce.   Mr Ggoobi proffered the need to senile stability of macroeconomics at the government level. This, he argued, will birth an enabling business environment, with policy consistency and predictability.

This he added should be in addition to rendering support to Uganda Investment Authority to proactively address investor challenges, conduct periodic reviews of investor incentives, including facilitation of local investors to partner with their foreign counterparts.

At policy level, he noted that there is a need to fast track enactment of the competition Bill into law for a more levelled playing field between SMEs and corporations. But before that,  Mr Ggoobi says reopening of the economy should be a priority although this should go hand-in-hand with the uptake of Covid-19 vaccines.