“Get into it, yuh!” as Doja Cat says on the Planet Her album, and that is exactly what we’re going to do after the 2021 VMA host wore a total of six looks in one night. She arrived on the red carpet in Look 36 from Andres Kronthaler for Vivienne Westwood FW19 collection – a fitted corset with fabric draped over her shoulder and around the waist like a Greek goddess which was paired with blood red latex stockings and matching platforms.

Once Doja hit the stage to announce award winners, she restyled the corset with a black skirt that was well accessorized with a silver chain around the waist and paired it with slick gloves and a hair change. Then it was time for the host to switch to performer mode – she floated (literally) across the stage in a flowy, bright red ensemble. It was the perfect outfit for Doja to show off her acrobatic talents.

Once Doja changed into her fourth look, she turned up the fashion heat and served campy looks that made her role as a host more like a bonus performance. The theatrics began with a custom Thom Browne dress with a sculptured silhouette that may have made Doja look shaped like a worm, but she made it fashion as she accepted her award along with SZA for Best Collaboration. The following look included another fitted corset and a chair as a hat, which the host used later to actually sit down – taking functional fashion to new levels.

The VMA host concluded the award show in one more outfit that served fashion fantasy or alien cowgirl. She said the closing remarks in an exaggerated cowgirl-esque hat, a trench coat dress, and knee-high latex shoes with oversized claws as heels. Just a couple of weeks ago the claw shoes were circulating on social media after the brand AVAVAV posted its lookbook for their latest collection, which must have also crossed Doja Cat’s timeline.

Check all the looks out ahead. 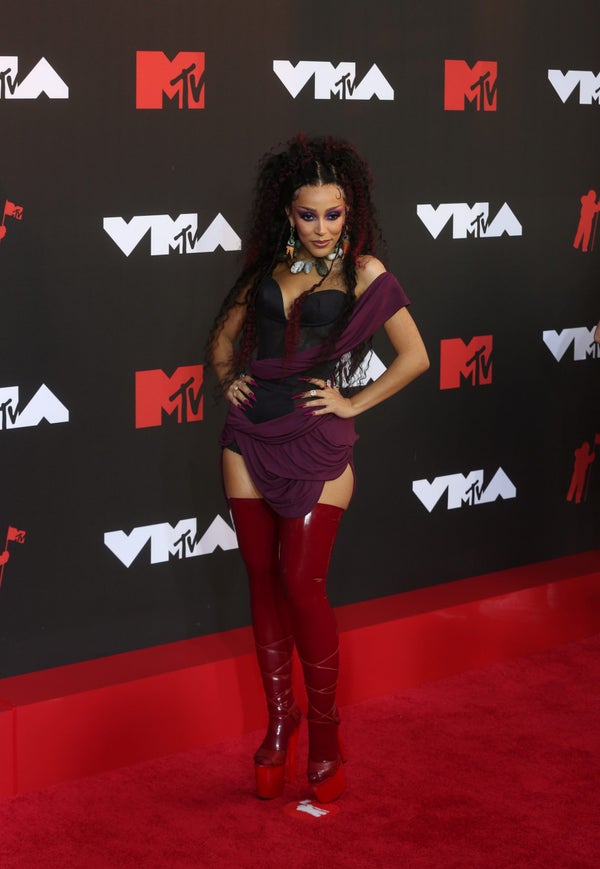 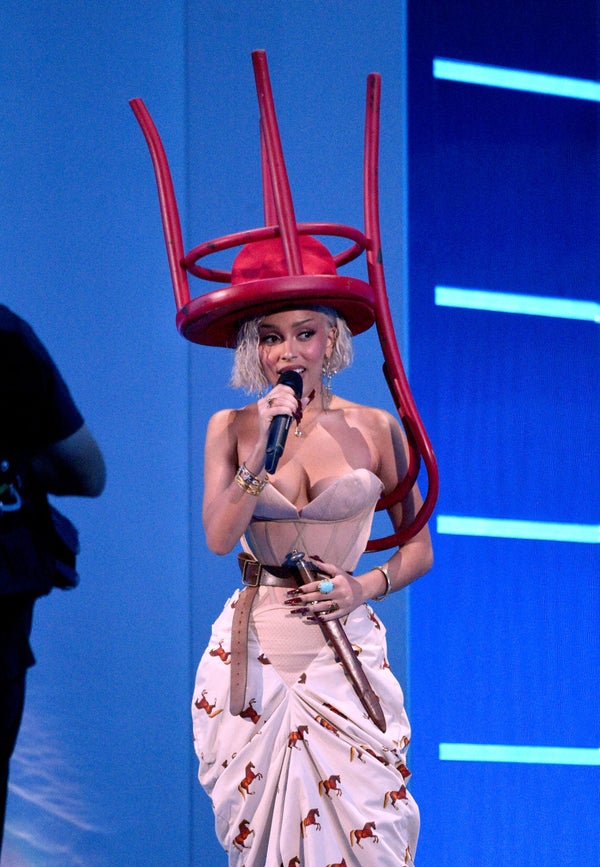 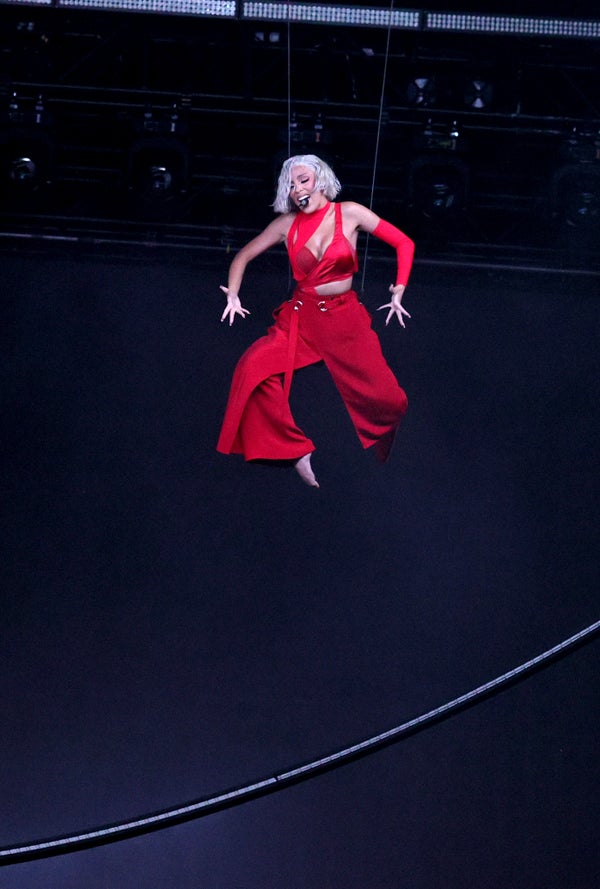 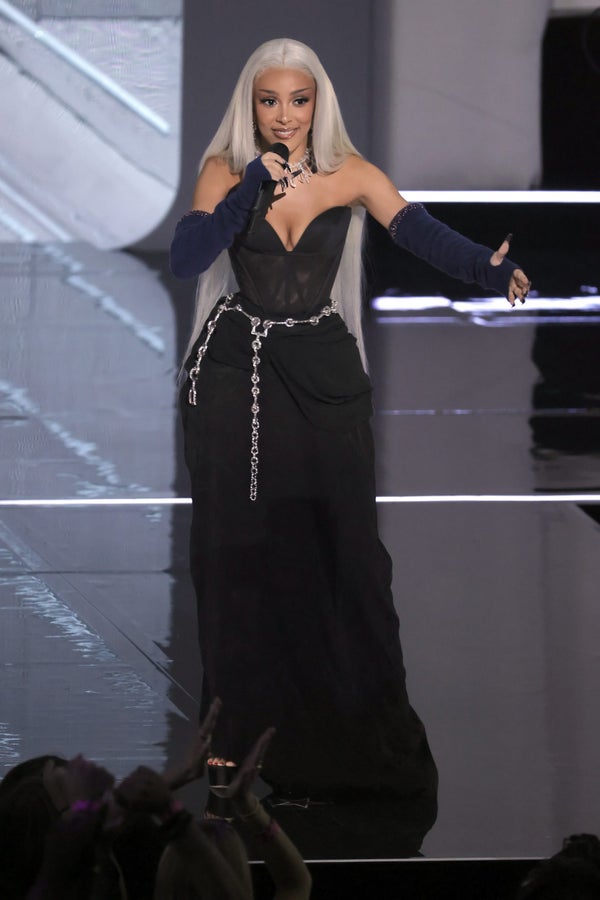 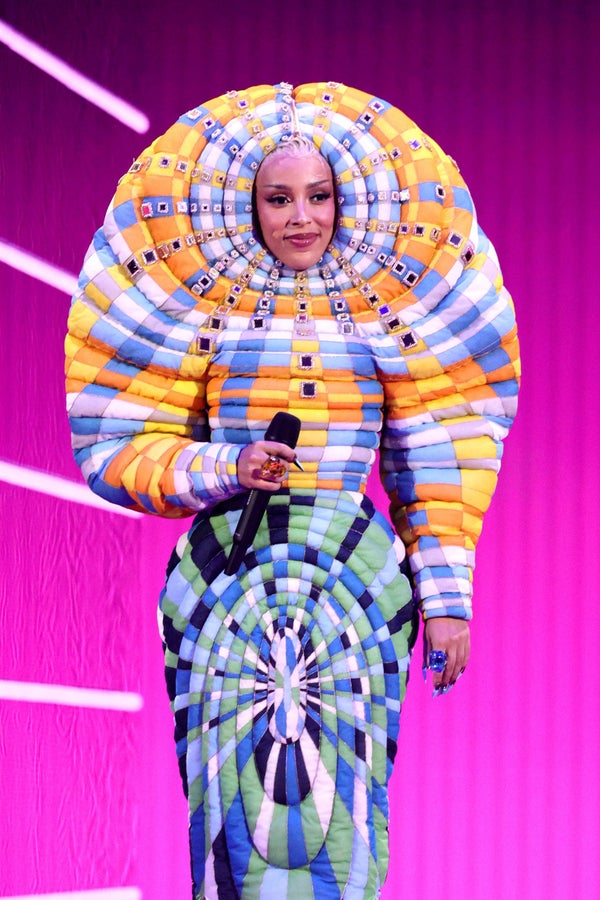