Ashanti Speaks On That Hug From Ex Nelly At ‘Verzuz’

Of all the memorable moments from the Verzuz “battle” between Fat Joe and Ja Rule, one that certainly had people talking and speculating was a hug shared between exes Nelly and Ashanti. The rapper walked across the stage during Ja Rule’s performance of “New York,” going as far as to move Fat Joe out of the way, to approach her in front of everyone. Most footage of the moment cut off before people could tell if an embrace actually took place, but clear video was captured that shows the two did indeed share a pleasant but brief hug.

During the post-event Instagram Live Fat Joe put on with Ja Rule, Remy Ma and Ashanti, it was revealed that she wasn’t aware Nelly would be there, but Joe knew.

“I can’t tell her because she probably won’t show,” he said he thought of the information, noting that Nelly called him about attending soon after the announcement for the battle was made.

While she would have preferred to be informed, she didn’t have a problem being nice to the rapper. But that’s as far as it goes for the “Baby” singer.

“Listen, there’s nothing happening,” she said on the Live. “This is the crazy part. I had no idea he was going to be there. I haven’t seen him or spoken to him since we broke up. I don’t know if it’s six years or something, so I didn’t know what to expect.”

“I saw him walking. I seen him move you out the way, Joe,” she added.

Despite all of that though, when he approached, they didn’t really exchange words.

“That’s the crazy thing, wasn’t nothing said,” she said. “I seen him walking, his eyes got big, I didn’t know what to expect. It was positive.”

When Ja tried to point out that Nelly’s single now, recently removed from his relationship with longtime girlfriend Shantel Jackson, Ashanti replied, “Yeah, but I ain’t! [laughs]”

She wouldn’t share who her beau is these days, but in regards to her former partner Nelly, she wished him well while noting that a hug wasn’t enough to clear up things from the past.

Nelly and Ashanti quietly dated for about 10 years before calling it quits, reportedly in 2014. In 2015, she shared some insight into why things didn’t work out without getting specific.

“I think sometimes when people have their own insecurities it allows them to act out of character. I’ve been betrayed,” she told Meredith Viera at the time. “Again, you just have to grow. You have to grow up and accept responsibilities for the things that you do. I’m not a big fan of people being cowards. I think it’s really important to know yourself and understand what you want and get it.”

You can check out a reminder of what their years together looked like below, but as Ashanti made clear, sis is looking and moving forward. 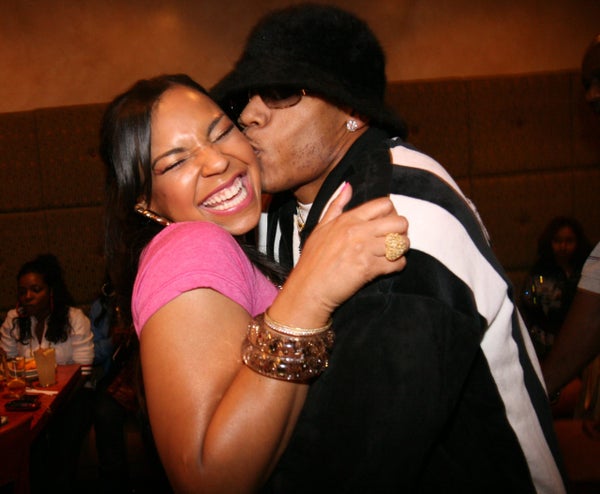 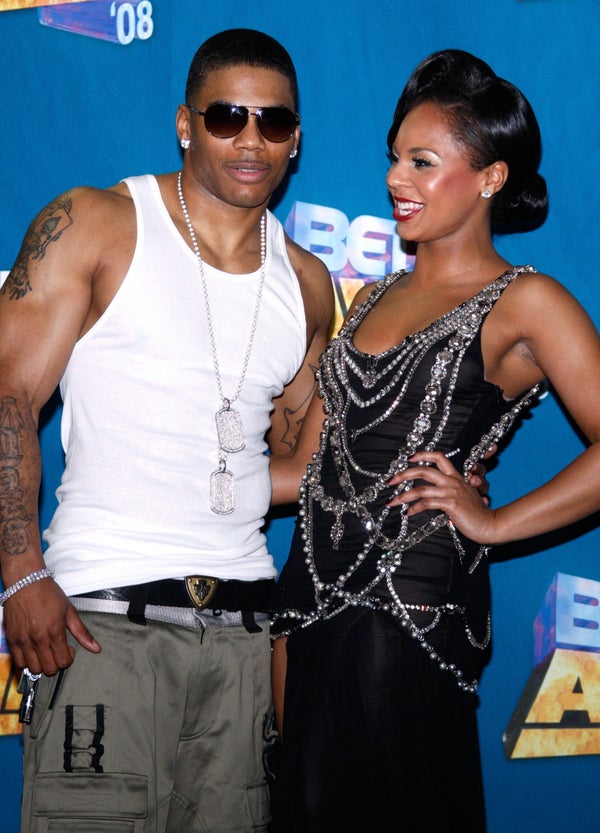 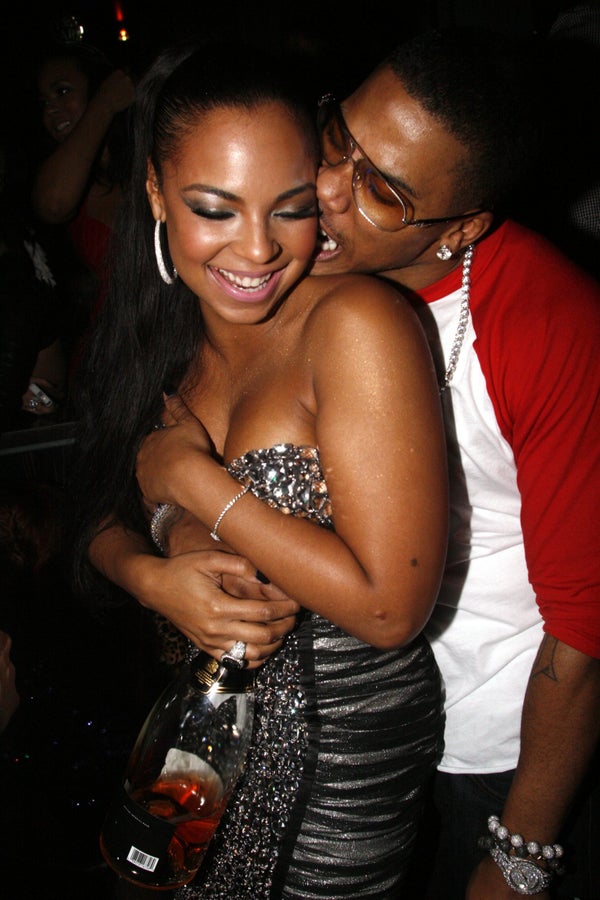 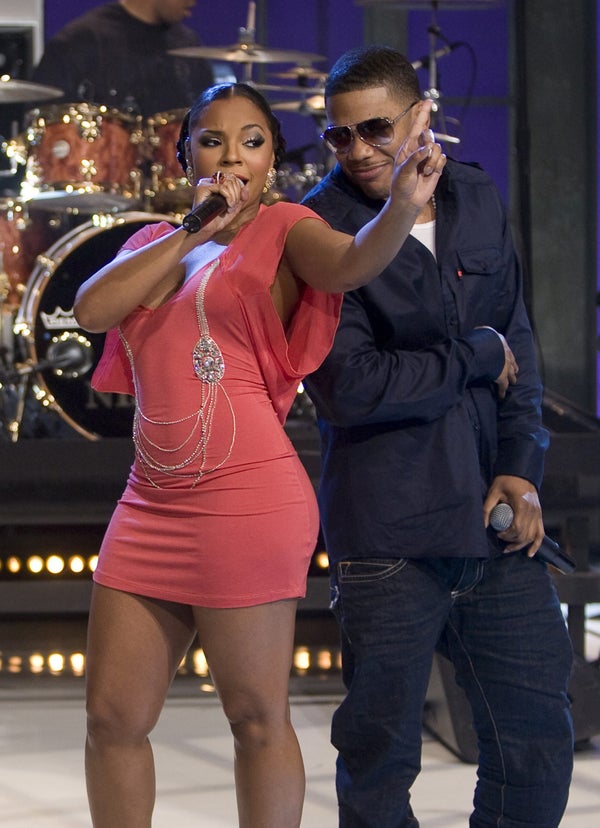 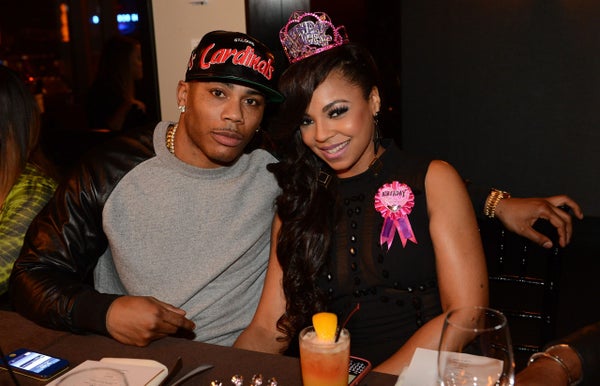 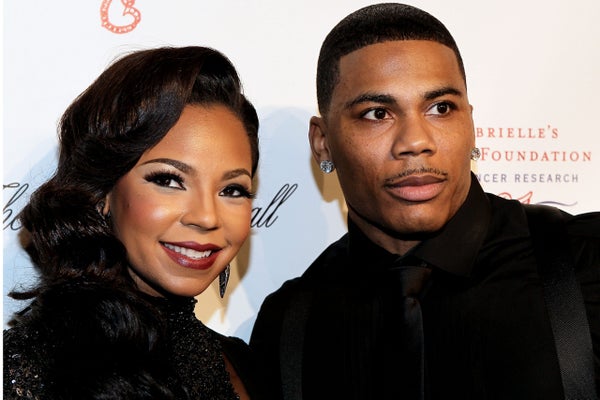 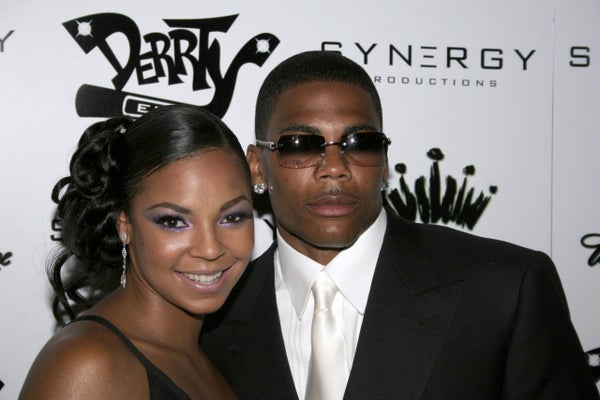