As climate crisis intensifies, so does violence: 2020 ‘worst year’ for environmental defenders


The world today is increasingly coming to terms with the consequences of climate change, global warming and massive greenhouse gas emissions as global environmental patterns go for a toss. While global agencies and individuals try to raise awareness and instigate governments to consider the dangerous fallout of the situation, at times they pay the price of their actions by losing their lives.

A new report paints a grim picture for environmentalists and land defenders with over 200 either killed or missing for allegedly raising their voice against practices damaging the environment in 2020.

Global Witness, an international NGO working “to hold companies and governments to account for their destruction of the environment”, found evidence suggesting that as the climate crisis intensifies, violence against those protecting their land and our planet also increases. The agency recorded 227 lethal attacks — an average of more than four a week — making 2020 the “most dangerous year on record” for people defending their homes, land and livelihoods, and ecosystems vital for biodiversity and the climate.

Over half of these attacks took place on environmentalists and local leaders in Colombia, Mexico and the Philippines. Colombia saw the highest number of killings in 2020, with 65 land and environmental defenders murdered.

Global Witness has documented 30 lethal attacks against land and environmental defenders in Mexico, a staggering 67 per cent increase from 2019. “Logging was linked to almost a third of these attacks, and half of all the attacks in the country were directed against Indigenous communities. Impunity for crimes against defenders remains shockingly high up to 95 per cent of murders do not result in prosecution,” the report stated.

The situation was no different in the Philippines, where the Duterte government has already been under fire from global leaders over increasing cases of human rights violations. The agency tracked 29 such attacks on environmentalists as they oppose mining, logging, and dam projects.

“President Duterte’s years in office have been marked by a dramatic increase in violence against defenders. From his election in 2016 until the end of 2020, 166 land and environment defenders have been killed a shocking increase for a country which was already a dangerous place to stand up for the environment,” the report said.

Forests play a crucial role in maintaining Earth’s carbon cycle by absorbing and storing large amounts of carbon from the atmosphere and keeping the planet cool.

The report pointed out that 70 per cent of the attacks were on people working to defend the world’s forests from deforestation and industrial development. The Amazon region, which has been badly hit by deforestation has emerged as a major spot of conflict.

“Almost 30 per cent of the attacks were reportedly linked to resource exploitation (logging, mining and large-scale agribusiness), and hydroelectric dams and other infrastructure. Of these, logging was the sector linked to the most murders, accounting for 23 cases, the report said.

Researchers also found that the impacts of violence against land and environmental defenders are not felt evenly across the world and that all but one of the 227 killings related to the environment was out of the Global South region.

“People sometimes ask me what I am m going to do, whether I’m going to stay here and keep my mother’s fight alive. I’m too proud of her to let it die. I know the dangers we all know the dangers. But I’ve decided to stay. I’m going to join the fight,”
said Malungelo Xhakaza, daughter of murdered South African activist Fikile Ntshangase. 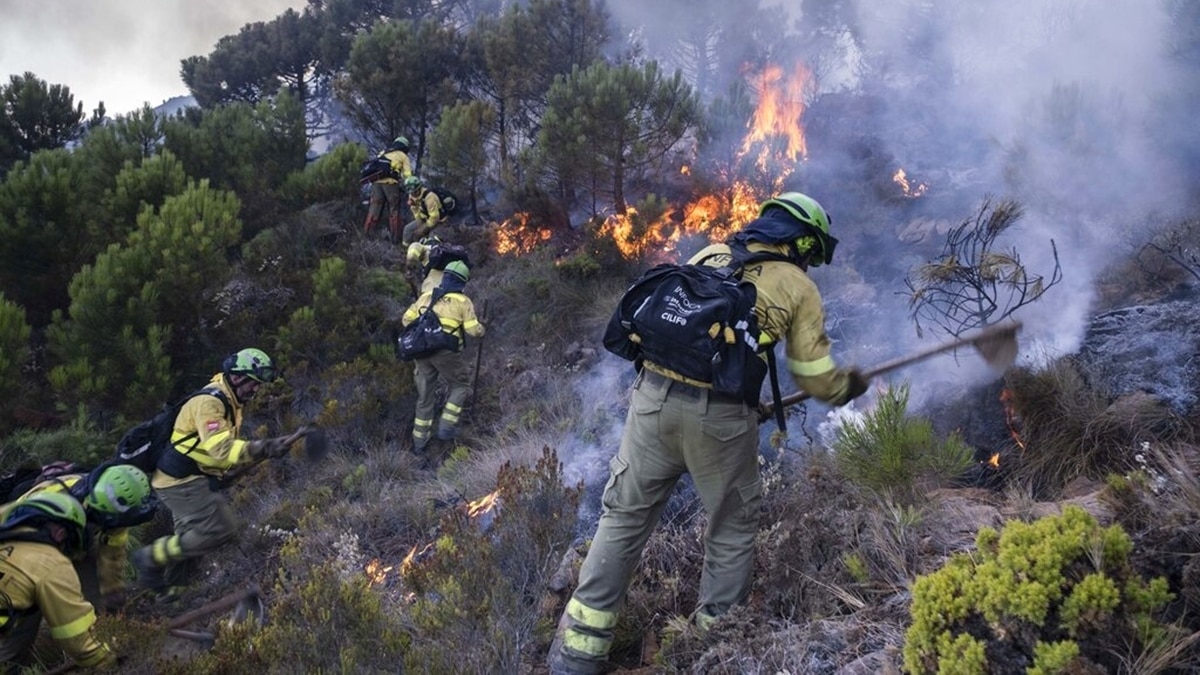 Forest firefighters work on a wildfire near the town of Jubrique, in Malaga province, Spain. (Photo: AP)

The report highlighted that the disproportionate number of attacks against Indigenous peoples continued in 2020, with over a third of all fatal attacks targeting Indigenous people. The figures become highly concerning as the Indigenous communities make up only 5 per cent of the world’s population.

“Indigenous peoples were also the target of 5 out of the 7 mass killings recorded in 2020,” the report alleged.

The report hinted that despite the 2016 peace agreement, Indigenous peoples were particularly impacted, and the Covid-19 pandemic worsened the situation as people were home bound and at times unable to report the incidents.