Exactly a year ago, on September 14, 2020, the Hathras rape and murder incident shook the country’s conscience.

A Dalit girl was raped and critically injured at Boolgarhi in Western Uttar Pradesh’s Hathras district allegedly by four upper caste Thakurs of the same village. After a 15 day-fight, she succumbed to her injuries in a Delhi hospital. The victim’s family was not allowed to perform the last rites. The administration did it at midnight. Videos and pictures went viral, and the controversy also took a political turn.

When India Today visited the village a year after the incident, the picture seemed drastically different. We tried to talk to both sides, the victim’s family and the accused, to understand how their lives have changed over the last 365 days.

The kids from the family are playing there in the small courtyard as the victim’s mother and grandmother watch them from a distance. (Photo credit: India Today)

We first visited the victim’s house that has been converted into a camp by paramilitary forces. Before the main entrance, we were told to write the details and purpose of the visit. The security staff deployed there informed us that it is mandatory given the threat being faced by the victim’s family. At their home, there are multiple layers of security. Some security personnel are camping on the roof, and others are providing security at the doorstep. There are many CCTV cameras to keep vigil over the movement, both inside as well as outside.

The victim’s elder brother told India Today, “CBI has questioned other family members and me. Now, a hearing is going on in the court. Not just we the family members but even the female lawyer fighting the case on our behalf has been targeted by the accused while going back to Delhi after a court hearing.” The victim’s house that has been converted into a camp by paramilitary forces. Before the main entrance, one has to write the details and purpose of the visit. (Photo credit: India Today)

The family cannot move out of its premises without informing the security officials. The victim’s younger brother said, “I left my job in Ghaziabad due to the incident and the security threat afterward. We are almost under house arrest, as there are restrictions on the movement outside. We got Rs 25 lakh as compensation from the government and are meeting our expenses from it.”

The kids from the family are playing there in the small courtyard as the victim’s mother and grandmother watch them from a distance. The victim’s father claimed, “We are safe till the paramilitary forces are here. We will leave this village the day this security is withdrawn. We are alone in this fight, and now no politician comes to us. The beeline of politicians was just for initial days.” 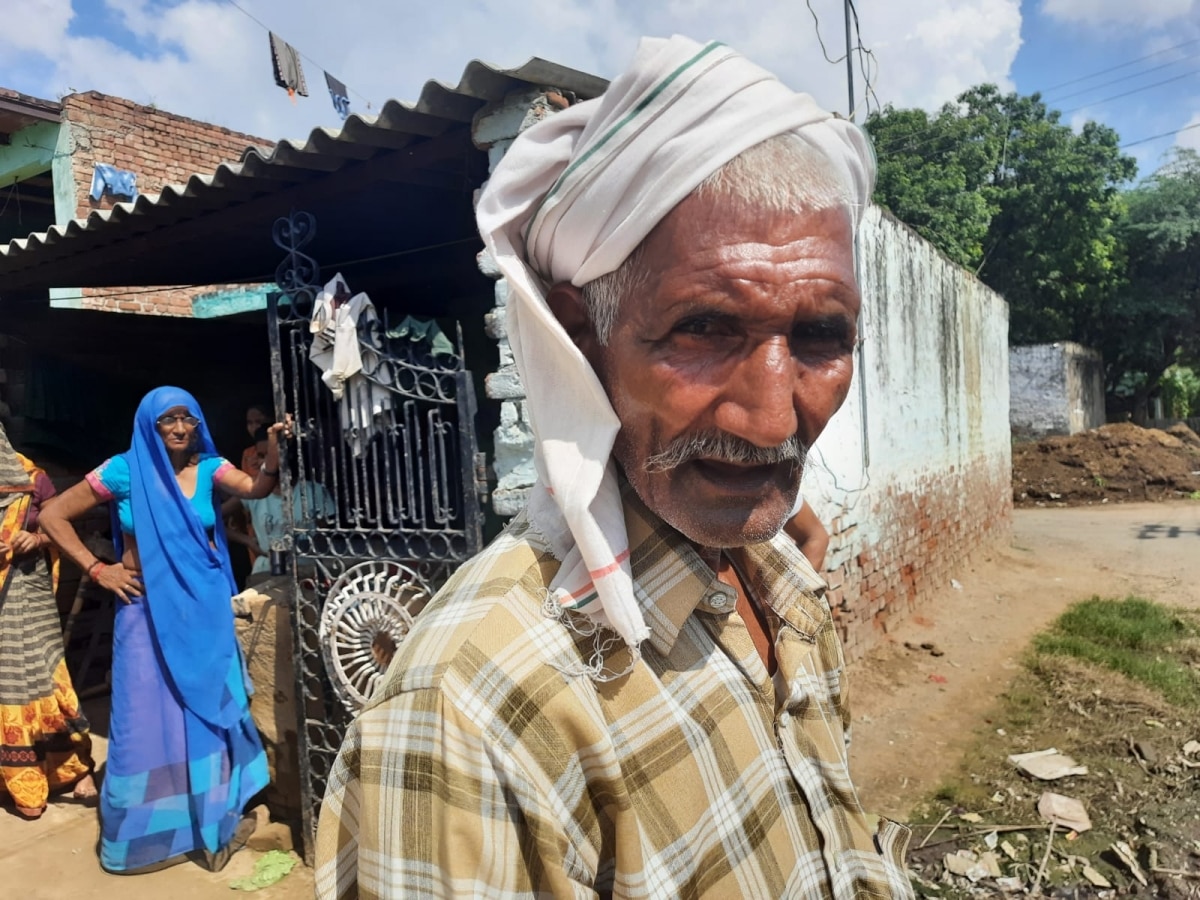 The families of the accused live a few metres from the victim’s house. (Photo credit: India Today)

India Today went to those families as well to know their side of the story. Female members were annoyed by how the media and the administration treated them. They claimed that the accused boys have not been given a fair trial and have been framed. Soon, the father of one of the accused came and said, “Everyone is biased against our families. There is no proof that the victim’s backbone was broken; nor was the tongue slit as claimed. I wish that the court hearing would be unbiased without any preconceived notions which have been spread against the four accused boys.”

It seems that the matter will take some more time to settle before the courts. But, when we took a long walk back from the village in the afternoon, the roads were deserted. Seemingly, the year-long crisis has taken a toll on the peace and harmony of the Boolgarhi village.