Zari and Diamond Platnumz share moments together after Three years 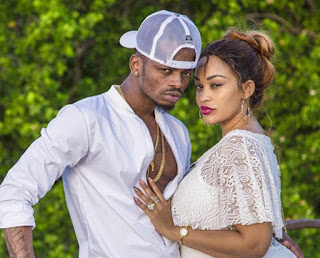 Ugandan socialite last week arrived i Tanzania with her children Tiffa and Nillan. The family was received by baby daddy diamond platnumz.

Zari Hassan’s relationship with Tanzanian singer Diamond , appears to have taken a turn for the better after the former landed in Tanzania to a warm reception by the singer.

The singer looked ecstatic and very excited to see his children for the first time in two years. a YouTube video uploaded on Diamond platnumz official channel – he was singing while playing a guitar for his family.

Zari broke up with Diamond in 2017 during Valentine’s Day after he confessed that he had cheated on her with Tanzanian model Hamisa Mobetto.

Since then the two had not been on speaking terms, with Diamond claiming that Zari was denying him access to his children.

Zari’s decision to visit Tanzania with Diamond’s children has raised eyebrows among their fans amid hopes they will finally make up.

These new developments come a few months after Diamond broke up with his Kenyan singer girlfriend and mother of one of his children, Tanasha Donna.

Tanasha and Diamond broke up in March after dating for a year.

Don’t take the law into your own hands, police warn citizens