UGANDA: Museveni, Tumukunde, Muntu nominated to run in the 2021 Elections

Kampala , UGANDA – On monday second November , The Uganda electoral commision approved and nominated the three former war generals to run for the presidency in what is hoped to be historical elections next year.

Gen. Yoweri Kaguta Museveni the current president of Uganda will appear on the ballot paper alongside two retired millitary officers “Mugisha Gregory Muntu” and Henry Tumukunde. However Uganda is currently having the strongest opposition according to local political annalysts which is because of the former pop-star, known a member of parliament Robert Kyagulanyi Ssentamu also Bobi Wine. 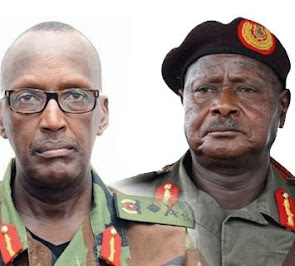 The fact that Mugisha muntu, and Henry Tumukunde have in the passed served under museveni’s regime and yet they are from the same part of the country , adding this to their age bracket, it leaves 38 years old Bobi Wine the perfect candidate to oppose the 76 years old museveni

Wine is also set for nomination on Tuesday 3rd November.

In the Comments: KJ Smith