Security forces including Uganda Police force and the Army on Wednesday sealed off a campaigning venue in Kitgum where Robert Kyagulanyi Ssentamu alias Bobi Wine was set to address his supporters.

Wine was expected to hold his first rally on the second day of his campaign in Kitgum, but security sealed off the venue yet it was earlier designated to him by Electoral Commission.

A report shows that Kitgum RDC, William Komakech said he’ll not allow Bobi Wine an opposition leader  to campaign in his district “Kitgum” 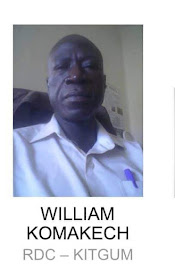 After a failed engagement with the RDC and security team, Bobi Wine decided to proceed to Pader for his second rally of the day. The last rally which was meant to be the sixth but will be the fifth after the Kitgum fail, will be held in Gulu later on Wednesday evening

At the time of this publication, we haven’t received any communication from the electoral commission, which we expect to condemn this partisan action

Uganda: Kyagulanyi to hold Campaigns in Gulu, Kitgum and Pader