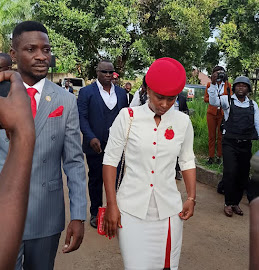 Kampala, UGANDA – Ugandan election in high gear as presidential candidates are being nominated. On Monday the 76 years old Museveni got nominated to appear on the ballot for the sixth term after 34 years of presidency .

Tuesday, Robert Kyagulanyi Ssentamu “Bobi Wine” is expected to me nominated as the electoral commission confirmed earlier. He is all set and has addressed the media while talking to his children and a one “Pastor Muto” a kid who has always stood with him in the political journey.

Bobi’s nomination is set for 10 am

UGANDA: Museveni, Tumukunde, Muntu nominated to run in the 2021 Elections