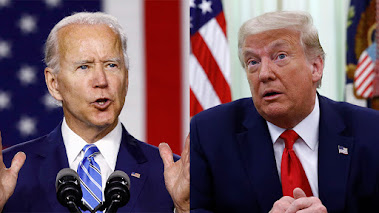 President Donald Trump has come out to disagree with the new set of Fox News polls released Wednesday in which Trump was trailing Democratic nominee Joe Biden in multiple states.

Trump has called on  his followers’ attention to polls that show he leads by 3 points in Ohio, per Fox News, and Biden is ahead by 12 points in Michigan, 5 points in Pennsylvania, and 5 points in Wisconsin.

on his twitter account he wrote, “I am leading in all of the states mentioned, which you will soon see,”

MrsSandraO’s Latest Collection is for the Renaissance Woman

Which Bollywood celeb has spent how many days in jail?

Ugandan woman drowns after ‘sneaking’ into DRC to tend her garden