Ugandan Government registers and issues Citizenship IDS to all foreigners Ahead of Elections. 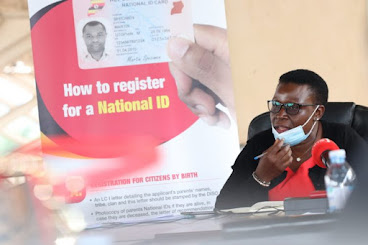 According to Agatha Mutenyo, the director of finance and administration at NIRA, the process was to start many years ago but they were limited by finances but noted that soon, the exercise will kick-off.

“It is our role to identify both nationals and non -nationals as provides for in the Registration of Persons Act 2015. We are in the process of starting the registration (of foreigners) and it is going to start this financial year because it is properly planned for. We hope to kick start the registration in the third quarter,”Mutenyo said.

She explained that the delay had been partially due to “some technical issues” in terms of the facilities required including the blank IDs for foreigners but noted they are now ready.

“During the mass registration project in 2014, only Ugandan nationals were registered and to that effect, only national IDs for citizens were put in place. We have now completed the designing project with the vendor for blank IDs. We have kick-started the procurement project and hope to end in this second quarter and kick start the registration in the third quarter,”Mutenyo said.

Created under the Registration of Persons Act 2015, NIRA is mandated to register births and deaths in the country and to develop a National Identification register for both citizens and legally resident non-citizens.

NIRA is also mandated to issue national identification numbers and cards for every citizen and lawfully admitted aliens (foreigners).

In 2014, government started a process of issuing national identity cards to all Ugandans.

The minister told parliament that at least 16.8 million Ugandans had not yet accessed their national IDs.

In the past, many members of the public have expressed dissatisfaction with the long and tedious process of acquisition of new and replacement of national identity cards

However, NIRA has since come up with measures to improve the turnaround time where their district offices are now in a position to offer some national ID card replacement services, since the registration kits have been enabled with the replacement module.