A group of women on a recent Qatar Airways flight received an inappropriate treatment after an abandoned baby was discovered at Hamad International Airport. 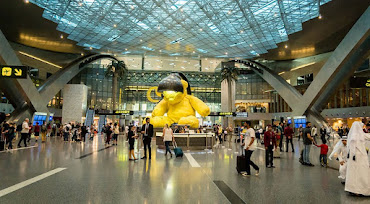 Women at the airport, including 13 Australians, were “allegedly removed from flights, detained and forced to undergo an inspection in an ambulance on the tarmac.”

“Reports indicate that the treatment of the women concerned was offensive, grossly inappropriate, and beyond circumstances in which the women could give free and informed consent,” an Australian Government spokesperson told THE FAST OBSERVER.
The flight, Sydney-bound Qatar Airways Flight QR 908, landed for a transit stop in Doha, Qatar, on October 2.
Hamad International Airport confirmed an abandoned newborn baby was found at the airport on October 2, adding that medical professionals were concerned “about the health and welfare of a mother who had just given birth and requested she be located prior to departing.
“Individuals who had access to the specific area of the airport where the newborn infant was found were asked to assist in the query,” the airport said in a statement.
Airport authorities are still searching for the mother, but the newborn is “safe under the professional care of medical and social workers.”
Speaking on Monday, Australian Foreign Minister Marisa Payne said it was “not something I have ever heard of occurring in my life in any context.”
“This is a grossly, grossly disturbing, offensive, concerning set of events… We have made our views very clear to the Qatari authorities on this matter,” she said at a press conference in Canberra.
Payne added that a report has been submitted to Australian Federal Police (AFP)
In a response , the AFP said that it was aware of the matter and was liaising with the Department of Foreign Affairs and Trade.
“It would not be appropriate to comment any further,” spokesperson for the AFP said.

A 16-Year-Old Girl Was Found Dead Beside A Highway. Her Family Wants Answers