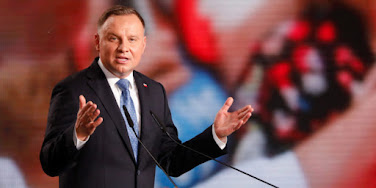 It is still  unclear how and when Duda got  infected, But he attended an investment forum in the Estonian capital, Tallinn, on Monday, where he met with Bulgarian President Rumen Radev, who is also  in quarantine  because he was directly exposed to the virus.

While speaking on a RMF radio , Deputy Health Minister Waldemar Kraska said, “The president is a young man, I think that he will get past the infection without problems,”  He added that he expects that all people who had contact with Duda in recent days will be quarantined.

Poland has reported its highest daily new infections as new measures come into force to slow the spread of the virus.