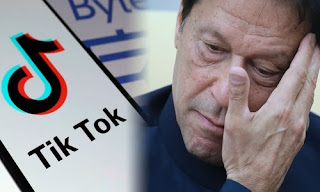 Pakistan has become the latest country to ban TikTok, the Chinese-owned social media platform, in a move that government critics said stemmed as much from politics as from allegations of immoral content.

The Pakistan Telecommunication Authority said in a statement on Friday that it was banning TikTok “in view of number of complaints from different segments of the society against immoral/indecent content.” It said it had already informed the company about complaints about its content, but TikTok’s administrators did not address their concerns.

The regulator said it was open to talks with the company “subject to a satisfactory mechanism by TikTok to moderate unlawful content.”

ByteDance, the Chinese company that owns TikTok, said that it was committed to following the law and that it was in regular contact with Pakistani regulators. “We are hopeful to reach a conclusion that helps us serve the country’s vibrant and creative community online,” it said in a statement.

TikTok, with its lip-syncing teenagers and meme-heavy videos, has drawn criticism from governments around the world, for varying reasons.

The Trump administration has attempted to block the app, so far unsuccessfully, citing privacy concerns and the app’s Chinese ownership, allegations that ByteDance has disputed. India has banned the service along with other Chinese-owned apps amid rising tensions between New Delhi and Beijing.

TikTok has also faced occasional bans in places like Indonesia and Bangladesh over issues of public decency, as well as pressure in the United States and elsewhere over privacy and content given its base of young users.

On its face, Pakistan’s objections to TikTok center on the potential impact to society. Like users elsewhere, TikTok fans in Pakistan — about 20 million active monthly users, according to the government, citing the company’s figures — make videos ranging from do-it-yourself dance numbers to monologues about society, politics and daily life. Influencers also make money on the side. TikTok’s most popular star in Pakistan, Jannat Mirza, has accumulated 10 million followers with often soapy videos mostly about young romance.

Trump to rejoin the campaign trail despite scant health details.