When do you need a Rhode Island DUI Attorney?

When you find yourself detained, arrested, and/or charged with operating under the influence of alcohol or drugs. Being charged with DUI, or worse, convicted of a DUI can have far reaching implications on your life, including your job and ability to move freely.  This is why you need Rhode Island DUI Attorney Rory Munns. Rory has been aggressively and successfully defending the accused in Providence, RI for over 5 years. Rory works hard to get his clients the best possible outcome at an affordable price. 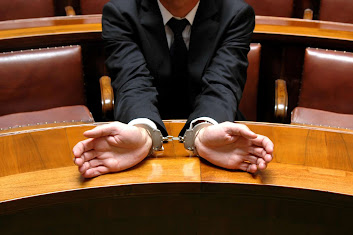 The Center for Disease Control and Prevention (CDC) in Atlanta, through its annual Behavioral Risk Factor Surveillance System Questionnaire (a self-reporting tool) found in its 2012 survey that Rhode Island ranks tenth highest among states (tied with Minnesota) for number of drivers reporting that they have driven impaired (2.4% of those surveyed). Montana and Nebraska reported the highest rates at 3.4% of drivers reporting and Utah and West Virginia having the lowest rate at 0.7%.

He is available for his clients 24 hours a day, 7 days a week.

His firm handles hundreds of Criminal Defense cases in Rhode Island and Massachusetts every year..

He gets you the best possible outcome for your case is always our focus..

They’re in the courts in Providence every single day fighting for our clients. they know the prosecutors and work hard on your behalf.

Centrally located in Downtown Providence, Rhode Island 02903 next to the court house

A Rhode Island DUI Attorney will point you to Title 31, section 31-27-2 of the Rhode Island General Laws, which states that a DUI means the operation of a motor vehicle while under the influence of any “intoxicating liquor, drugs, toluene, or any controlled substance.” A blood alcohol content (BAC) level of .08 percent or higher makes you intoxicated in Rhode Island.

Rhode Island DUI Attorney Rory Munns can help you understand that reaching a BAC of .08 percent varies by number and type of drinks (i.e. wine, beer, proof liquor) as well as body weight. A person weighing 100 pounds may reach .08 drinking one 12-ounce beer, while a person that weighs 160 pounds would need to drink four 5-ounce glasses of wine to reach the same level, according to National Highway Traffic Safety Administration.

Imprisonment of up to one-year in an adult correctional facility

A 30 to 180-day suspension of your driving privileges

Imprisonment of up to one-year in an adult correctional facility

A 3 to 12-month suspension of your driving privileges

Imprisoned of up to one-year in an adult correctional facility

A 3 to 18-month suspension of your driving privileges

These penalties are greatly enhanced for any subsequent convictions that occur within five years. Call Rhode Island DUI Attorney Rory Munns today for a free consultation. Rory’s office is located next to the J. Joseph Garrahy Courthouse in Providence, RI 02903.