Inside the biggest legal marijuana market in the world – MEXICO 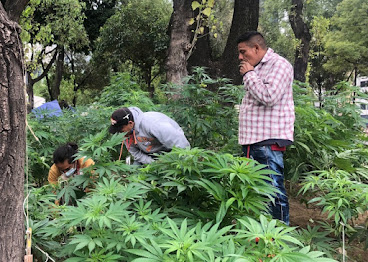 Mexico’s marijuana revolution is on display steps from the nation’s Senate, where for the last nine months activists have maintained a fragrant cannabis garden.

Each day, hundreds of people stroll amid a labyrinth of towering green plants, freely lighting joints and getting high.

Their wafting smoke is meant to serve as a reminder to senators, who have to walk through the plumes to get to work. Lawmakers have until Dec. 15 to pass pot legislation under orders from the Supreme Court, which two years ago struck down a marijuana ban as unconstitutional.

After decades of restrictive drug policies that fueled deadly cartel wars, Mexico is poised to become the biggest legal cannabis market in the world. 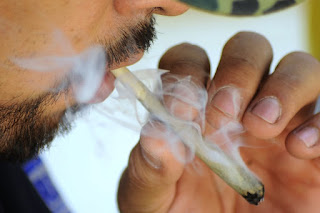 “You have a broad spectrum of people who want to be involved,” said Avis Bulbulyan, a Glendale-based consultant who has advised several U.S. weed companies looking to expand to Mexico. “The question becomes: ‘Who gets to profit off this?’”

A bill that would allow private companies to sell marijuana to the public is likely to pass in the Senate within two weeks and then go to the lower house of Congress, said Senate leader Ricardo Monreal.

The activists who planted their first marijuana crop in February next to the Senate have criticized an early draft of the legislation as unfairly favoring big business. One stipulation is that commercial marijuana be traceable from seed to sale, which would require expensive, high-tech testing that would be cost-prohibitive for smaller growers.

The draft law also limits individual growers to six plants and requires anybody who wants to consume to obtain licenses from the government.

Pepe Rivera, whose Mexican Cannabis Movement is behind the protest garden, said such restrictions amount to a form of prohibition and would result in the continued criminalization of consumers.

Alejandro Madrazo, a researcher at Mexico’s Center for Economic Research and Teaching think tank, said lobbyists from Canada and the United States have played an outsized role in shaping the legislation, which he says would create an “elite gourmet market” that would benefit big corporations and upper-class users.

“It’s basically revitalizing prohibition for the poor but carving out a legal market for big businesses,” he said.

Monreal denied that large companies have dictated the terms of legislation.

“There has been a lot of interference … transnational companies that have wanted to influence our decisions,” he said. “But we make the final decision.”

A strong eye inside Kim Jong Un’s military hardware, what is he preparing for?

A strong eye inside Kim Jong Un's military hardware, what is he preparing for?

Unemployment: Job Hunting In the Eyes of Persons With Disabilities