Phone makers are always trying to convince us we want bigger smartphone displays, so we can see more of a game or a film, but the resulting phablets can be pretty hard to comfortably use one-handed. We rarely see ‘compact’ or small, phones any more, especially those ready for 5G. 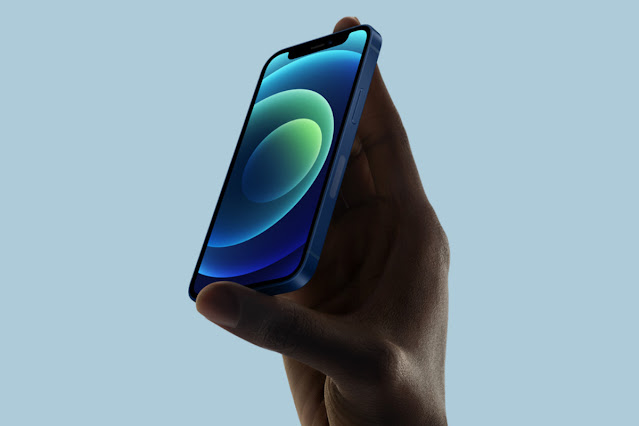 It’s pretty bizarre that Apple is innovating ahead of Android phones (however strange it is to call ‘making a small phone’ innovation), and other smartphone makers need to follow suit as soon as possible.

At the moment, the main uses of 5G are downloading music, movies and games on the fly, or streaming them straight from the web onto your phone. You’d expect these are tasks that work well with big-screen phones, as the extra display real estate would let you see media better.

But bigger isn’t better, and most phone manufacturers bump up the screen size on their phones without also having higher resolutions – this can sometimes result in bigger phones making content look a little worse than smaller devices with the same resolution, as the pixel-per-inch count is lower.

This insistence on huge screens also shows phone companies making the flawed assumption that everyone will be making the most of it anyway. If you spend your free time playing Call of Duty: Mobile or Fortnite then maybe you’ll want a big screen that can show you more, but if you’re just going to be bingeing Friends on your commute, you really don’t need a portable cinema. Yet there are few phones for that audience.

Anyway, screen size is pretty moot when you remember the simple fact of perception that is ‘things that are closer look bigger’. Simply holding your phone closer to your face is an easy way of making content look bigger too, though one that could result in eye strain for some.

The lack of compact phones isn’t a 5G-specific problem, though the relatively limited list of smartphones with next-gen connectivity makes the problem a lot more apparent.

Some people don’t want their smartphones for movies, TV shows or gaming at all – they just want a portable device for social media, note-taking or just calling people.

Huge phones aren’t great for that – they’re awkward to hold in your hand, as you have to stretch for power buttons and fingerprint sensors, and it’s hard to reach all the extremes of the display too. Plus, they’re annoying to carry around in a pocket depending on what you wear.

There are few phones on the market that really cater to people who want compact devices, and Apple seems to be one of the only companies that understands this. Few other makers put out sub-6-inch-display phones, yet Apple already had the 4.7-inch iPhone SE (2020) earlier in the year.

Sure, for now, most of the uses of 5G are in the ‘media consumption’ group, but as the technology develops people will start to create apps and functions that utilize the fast connectivity, that go beyond media. People will want a 5G phone for purposes beyond gaming and watching things.

The iPhone 12 mini might be the first truly compact 5G phone, but is it actually worth buying on that merit? Well, it’s hard to say since we haven’t tested it, but I’m not totally convinced yet.

Value hasn’t always been Apple’s thing though, and plenty of other smartphone makers offer better value for money. If you’re an Apple fan though, you may find this your best option.

If you’re brand agnostic, there are few different brands known for making smaller phones that’d be perfect for the task of making a smaller 5G handset in the near future.

Sony used to make compact versions of its top phones, though stopped a few years ago. Fans have been asking for more Sony Compact handsets for a while, though the company’s only offering in that vein, the Xperia 5 II device, isn’t actually that small.

Motorola has made some pretty great smaller phones in the past too, but its 5G phones like the Moto G 5G Plus and Motorola Edge have all been big.

If these companies, or any other, put out a phone that didn’t cost much, but was small and had 5G compatibility, it’d be a future-proof device that didn’t feel like a burden to use, and would be a more tempting buy than the iPhone 12 mini. I’m certainly looking forward to it, and I bet many phone fans are too.