According to Amnesty International in a report, on Wednesday Nigeria’s security forces fired upon two large gatherings of peaceful protesters Tuesday night, killing 12 people calling for an end to police brutality.

At least 56 people have died during two weeks of widespread demonstrations against police violence, including 38 on Tuesday, the group said. The Nigerian government did not immediately comment about Amnesty International’s allegations. 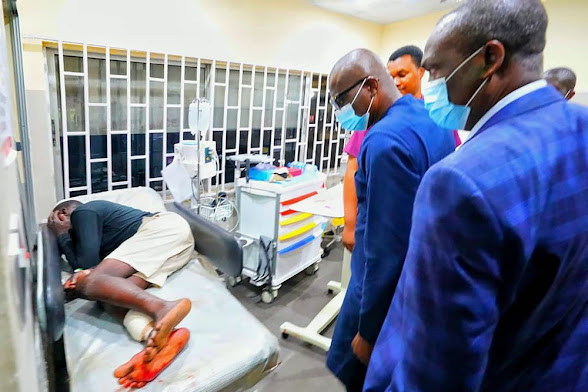 The #EndSARS protests began amid calls for Nigeria’s government to close the police Special Anti-Robbery Squad, known as SARS, but has become a much wider demand for better governance in Nigeria.

Despite the growing violence, the Nigerian protesters defied a curfew and faced off with security forces Wednesday as gunfire rang out and fires burned in Lagos, a day after shots were fired into a crowd of demonstrators singing the country’s national anthem.

The security forces opened fire without warning on the protesters Tuesday night at the Lekki toll plaza, Amnesty said in its report, citing eyewitnesses, video footage and hospital reports.

“Opening fire on peaceful protesters is a blatant violation of people’s rights to life, dignity, freedom of expression and peaceful assembly. Soldiers clearly had one intention – to kill without consequences,” said Osai Ojigho, country director of Amnesty International Nigeria.

Amnesty said it has received reports that shortly before the shootings, CCTV security cameras at the Lekki toll gates, where protesters had been camped for two weeks, were removed by government officials and electricity was cut to prevent evidence emerging of the violence.

Some of those killed and injured at the toll plaza and in Alausa, another Lagos neighborhood, were taken away by the military, Amnesty alleged in the report.

“These shootings clearly amount to extrajudicial executions. There must be an immediate investigation and suspected perpetrators must be held accountable through fair trials,” said Ojigho.

Amnesty’s report backs up posts and images on social media that have shown widespread violence against protesters.

More gunfire rang out across Lagos on Wednesday and into the night, including at the Lekki toll plaza, where young demonstrators rallied again despite an order for everyone to stay off the streets. At the sound of the shots, some protesters were seen on a live broadcast by The Associated Press running away, though it wasn’t clear if the crowd was fired upon.