Cairo EGYPT: Egyptians are voting to elect a new parliament, In the second national elections this year, the Egypt has to fill 568 seats out of 596 in the lower house of parliament from Saturday. 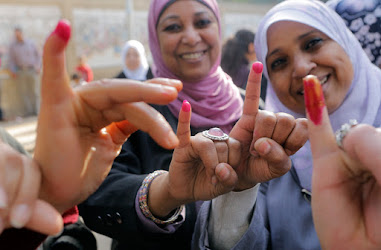 The remaining deputies will be appointed by the president el-Sisi, whose government has over the years silenced any serious political opposition to its rule.

There are upto 4,500 independent candidates but domestic political analysts look at them as backers of president el-Sissi, who has been governing Egypt since 2014.

While election results will be announced in December, Giant billboards have sprung up across the bustling capital, Cairo and elsewhere ahead of the Saturday and Sunday voting, though some candidates are campaigning online and have released music videos to get more support.

The 2015 parliament was the first to come into office after the army, led by el-Sisi, deposed former leader Mohamed Morsi following widespread protests against the country’s first democratically elected civilian president.

“Parliament has become an apparatus attached to the executive authority with no real legislative authority,” said Hassan Nafaa, a political science professor at Cairo University.

“It has almost never questioned any of the government’s policies or carried out any of the functions that parliaments normally do.”