Taipei, TAIWAN: A country with more than 23 million people has officially confirmed 550 cases and seven covid-19 fatalities. Given Taiwan’s density and proximity to China, they are neighbors and locked in a sovereignty dispute. Taiwan’s successful handling of the pandemic has been closely analyzed by health experts. 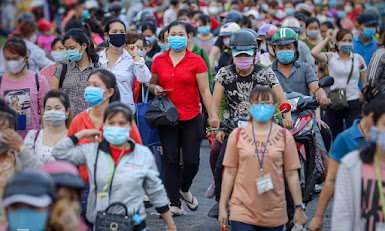 Early in the year, as the virus spread in China, scientists anticipated that Taiwan could have the world’s second-worst outbreak, given its location and the frequency of daily flights from China. Instead, the opposite happened, as Taiwan harnessed lessons from past epidemics and took the virus seriously from the start. And while many countries that initially averted large outbreaks in the spring saw cases surge this summer or autumn, Taiwan has continued to stave off the worst of the pandemic.

As soon as China first reported to the World Health Organization in late December that a mysterious pneumonia-like virus was circulating in Wuhan, Taiwan began screening passengers on flights from the city. Having already experienced the 2003 severe acute respiratory syndrome (SARS) epidemic, which also was first reported in China, the island had the foresight and infrastructure to mobilize a fast response.

Currently Taiwan is celebrating over 200 days with out domestic coronavirus infections.

Baanseo.com (รับทำseo) Review, Rank in search and Get more traffic on your website in 2020

Director of popular series ‘I Need to Know’ Lloyd Weaver is dead!