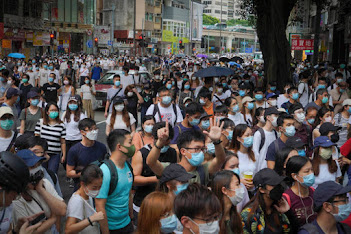 Britain has offered to give citizenship to Hong Kong residents  holding a British National Overseas (BNO) passport. Only those born before the 1997 handover of the territory to China have the right to hold one.

But China has told Britain to “immediately correct its mistakes” after the UK reaffirmed its plan to offer a route to British citizenship to almost three million people living there.

The offer was made in July when Beijing imposed a strict national security law on the former British colony. Though This undermines the civil freedoms that China agreed to uphold when Hong Kong was handed back in 1997.

The latest warning coming  from the Hong Kong arm of China’s Foreign Ministry, was made on friday.